We read and loved the new book The Charmed Children of Rookskill Castle by Janet Fox, so we’re delighted to be a part of Janet’s Blog Tour promoting the book! Today we’ll be sharing our exclusive interview with Janet – read on to find out more about this great book!

MuggleNet: I had never heard of a chatelaine before – how did you first become inspired by this unique type of jewelry? Do you have one?

[Note: In the story, our heroine discovers that a family heirloom – a special kind of jewelry called a chatelaine – holds magical powers.]

Janet Fox: I do, actually, have pieces of an old chatelaine! I have this strange little purse and an odd little perfume bottle, both with attachments for chains. I didn’t know what they were – they came from my mother. I’d heard of chatelaines before, and I’m a big Downton Abbey fan (Mrs. Hughes wears one), so I’ve seen pictures of them over the years, but it wasn’t until I began writing The Charmed Children of Rookskill Castle that I put it together that the things I had were parts of a chatelaine.

The one in this story – which you can read more about in my previous post on the tour – is really weird. If you look carefully at the charms (the image is in the book), they include things that are odd, spooky, or even…evil.

MN: What are some of your favorite books from your childhood?

JF: My most favorite books are the Narnia books. And I have these two books of myths – I still have them, and just seeing the pictures is a step back in time – Greek and Roman. I read fairy tales over and over. And I had an entire collection of Nancy Drew mysteries. But maybe my all-time favorite books are the Lord of the Rings, which I read when I was sick in bed at age 1bit and have loved ever since.

MN: Did you do any research before you started writing The Children of Rookskill Castle?

JF: Not really before. I usually don’t research before writing. I tend to discover what I need to know as I construct a story. I’m a “seat-of-the-pants” writer, and I guess that extends to my research methods, too.

MN: One of the things I loved most about the book was Kat herself – so smart, level-headed, and good at math! Who are some of your favorite heroines?

JF: Thank you! I love the fact that Kat is good at math, [while] I am not. I love Lucy from Narnia, and I adore Hermione. I think Katniss rocks. And Lyra from The Golden Compass.

MN: I read on your website that you once lived in a haunted house. Can you tell us a little about that experience and whether it influenced Rookskill Castle?

JF: Ha! It probably did, although I wasn’t thinking of that at the time I was writing. The house had been a servant’s house on an estate, and it still had an odd basement with what looked like stalls, but more importantly, it gave me chills. Especially my bedroom. I woke up in the middle of the night once to watch a mirror fly off the wall. The next morning the mirror was on the floor – but unbroken – and the hook on the wall was still in place. I was so sure there were spirits there, and I knew they weren’t happy.

MN: Your other books seem to be primarily historical fiction for teens – did you find it a big change to write a supernatural story for middle-grade readers?

JF: It was a big change but it was also part of a progression. My YA fiction was becoming increasingly filled with magical elements, most notably my novel Sirens, in which there is a ghost. I’ve always believed in the supernatural, and I love reading fantasy. It just seemed the right time to try my hand at it, and this story fit middle grade so perfectly.

MN: Are you a Harry Potter fan – and what’s your Hogwarts House?

JF: Hufflepuff! Which doesn’t surprise me in the least. And yes, I’m a huge fan. We read these books aloud as a family – my son was 11 when the first book came out. It fit like a glove.

MN: Will we see more of Kat’s adventures in later novels?

JF: I hope so. I’ve got one underway. It’s just as creepy as Charmed Children. And it has a whole new twist…

Thank you so much to Janet for taking the time to speak with us! As the final part of her blog tour stop, we’ve got this video for those of you following along:

You can visit Janet online right here and check out the other stops on Janet’s blog tour at the following links:

Trust us – you’re going to want to read The Charmed Children of Rookskill Castle! 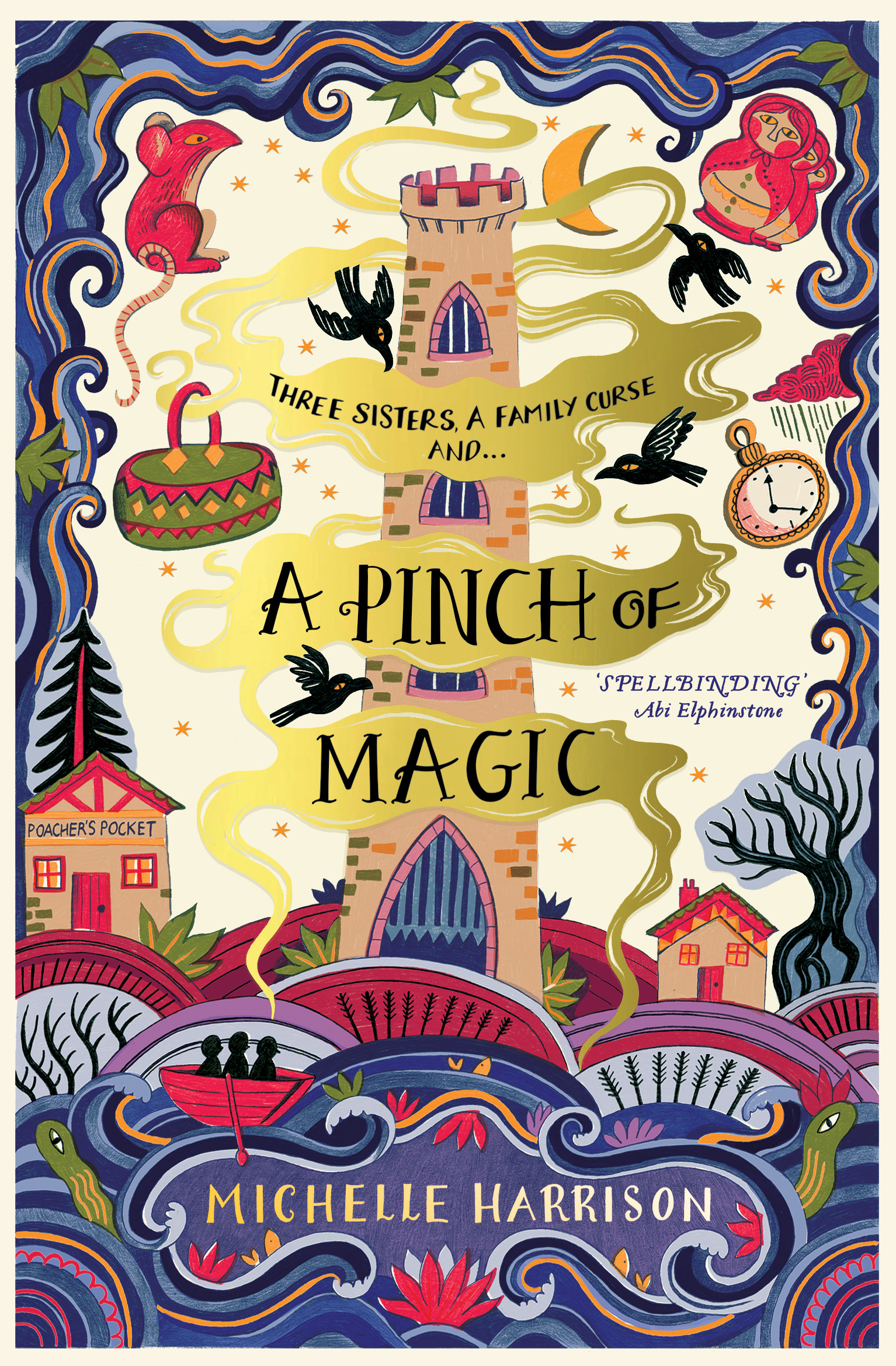 Author Takeover: A Pinch of Magic, by Michelle Harrison