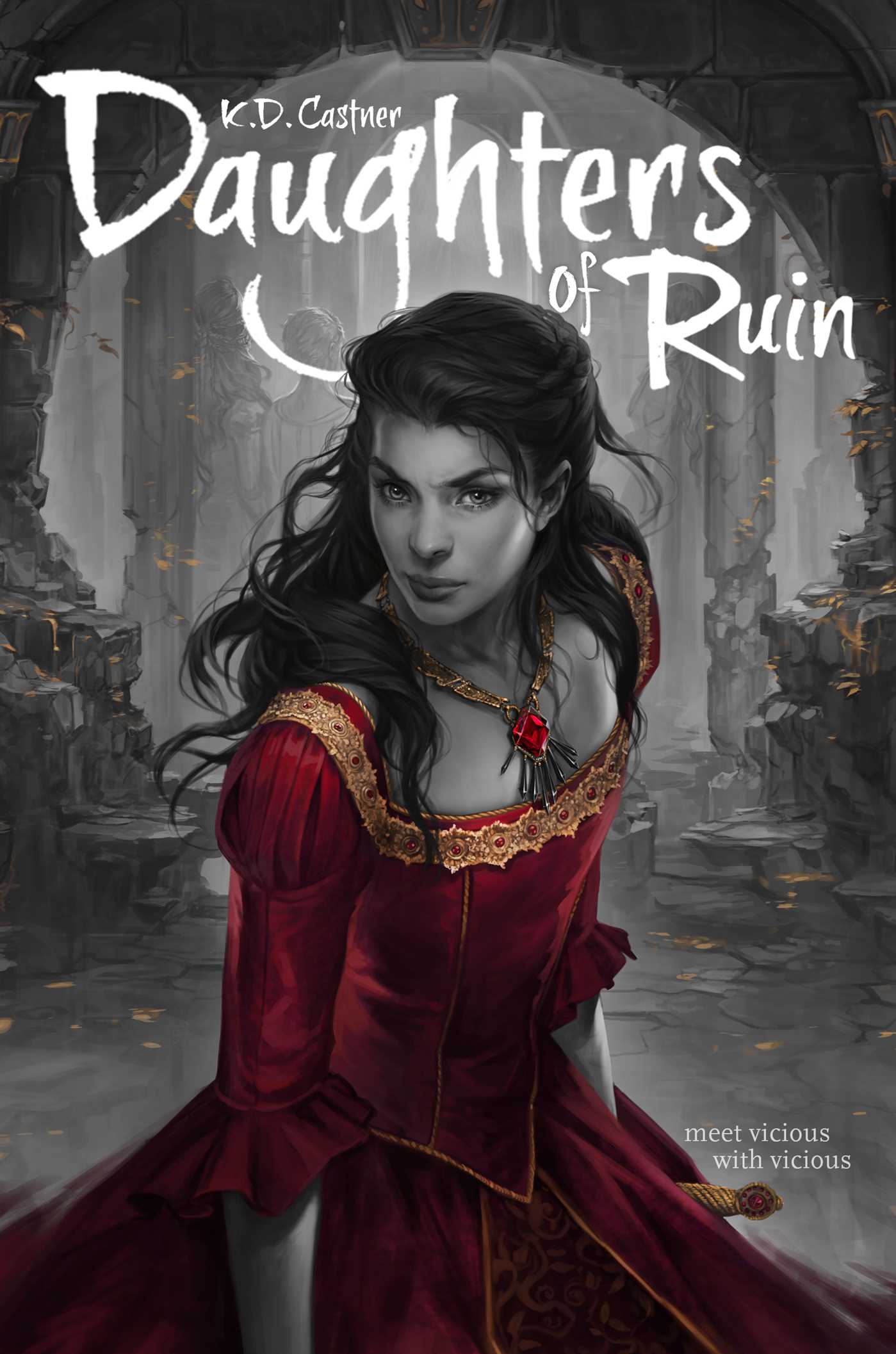 Four princesses – Rhea, Cadis, Suki, and Iren – live together under one roof, but this is no fairy tale – their countries are enemies, their co-habitation the means of an uneasy truce. Rhea’s father, King Declan, emerged victorious from the last war, and the treaty that calls for the heirs to three other kingdoms to live under his roof is of his own devising. Cadis, Suki, and Iren, ripped away from their families as small children, have never felt entirely at ease with Rhea or their “home” with her. All four are burdened with the knowledge that their countries are enemies even as they are raised as sisters, and when mysterious forces break the treaty, all four girls will have to question where their loyalties lie.

I really loved the premise of this book. Castner has done an excellent job of creating four distinct personalities: Suki, the youngest and the most unpredictable; Cadis, who is the most charming, beautiful, suspicious, and earnest of them all (yes, all at the same time); Iren, the cleverest and most aloof; and Rhea, the only one who believes that Declan is acting in their best interests. The story is action-packed, with a lot of choreographed fight scenes and intrigue – plenty to keep the story moving!

My only real disappointment is that, though there are chapters from the points of view of all four princesses, Rhea does seem to be the most “main” character (her image graces the cover of the book and the story seems largely structured around her) – and she is by far the most boring. She is the most innocent, and seemingly the least intelligent, as she is the slowest by far to grasp the true extent of political intrigue that is swirling around these girls’ lives. This is the first book in a series, and there are indications that Rhea will have to wise up fast in following installments, but I found myself rolling my eyes during every chapter from her point of view.

I really liked Cadis, Suki, and Iren, however, and was excited by the prospect of the author exploring the complex sister/enemy relationships between all four of them. Sometimes I felt like the girls didn’t know each other *quite* as well as they should have after living together for ten years, but most of the time the dynamic relationships between them really added an unusual element to the story. Castner clearly has a great imagination and has built a fairly compelling world, and while I wasn’t completely blown away by Daughters of Ruin, I was entertained and am curious to see what happens to these characters next.

Book Review: “Alien on a Rampage” by Clete Barrett Smith