On a ship crossing the Atlantic from Poland to New York, a dying man awakens a golem – a clay woman, animated by the darkest secrets of Jewish mysticism – who has been designed to pass as the perfect wife. In a tinsmith’s shop in the Lower Manhattan neighborhood of Little Syria, a soldering iron releases a jinni – a fire spirit from the deserts of Arabia – from an old copper oil flask. In the year 1899, these nearly simultaneous events bring two wildly different beings of old-world magic to the new world and send them searching for the meaning of their existence, just like millions of other lonely, homesick immigrants on the shores of 20th-century America.

Chava the golem and Ahmad the jinni both face the danger of being terrifyingly different in a world that crushes individuality. They endure the hardship of being creatures of ancient magic in a modern, industrialized world that has sucked the magic out of traditional beliefs. Ahmad chafes against the iron bracelet that keeps him bound in human form, the blank in his memory where the events that bound him ought to be, and the crowded city that could not be further from the empty desert where he belongs. Chava struggles against the temptation to serve the desires of every person who goes by since she can read their feelings and has no single master to guide her will.

Ahmad becomes the tinsmith’s apprentice, then his partner, as he demonstrates a gift for shaping things by fire. But restlessness tugs at him, driving him out on long walks at night and putting him in danger from cold and wet weather. Chava shelters for a while under the care of a kindly rabbi, but when he also dies, she is left to cope as best she can with a day job at a bakery, taking in needlework to keep herself busy at night. When the two creatures meet, an unlikely but powerful friendship develops that could save both of them. They only have to survive the tragedy that inevitably plays out when an evil magician, a heartsick social worker, a mentally touched peddler, a silent child, an unconventional heiress, and a pregnant but unwed shopgirl get involved.

This debut novel excels in conjuring a period-perfect atmosphere, communities hopeful and hopeless immigrants, speech tinged with distinct accents, and the regretful flavor of old beliefs fading in the harsh light of modernity. It is an electric novel that growls with danger, hums with suspense, and finally explodes with violence. But it is also a candlelit, gaslit novel furnished with glimpses of old New York in the midst of its transformation into the New York of today. It is a sandwich novel, in which multiple layers of story develop in alternation, but also a full-course meal of a book with romance, mystery, fantasy, and horror elements blended together and spiced with historical authenticity. It is a literary novel that entertains, moving heart and mind at the same time. And it is an outwardly attractive book. I think I should mention this fact since I would never have read it had not my eye been drawn to it on the stacks of the local library. You can’t always judge a book by its cover, so now you have it from me. I wholeheartedly vouch for this book. 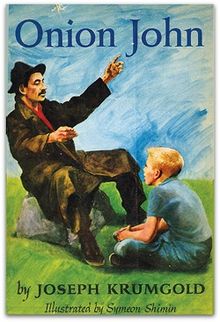