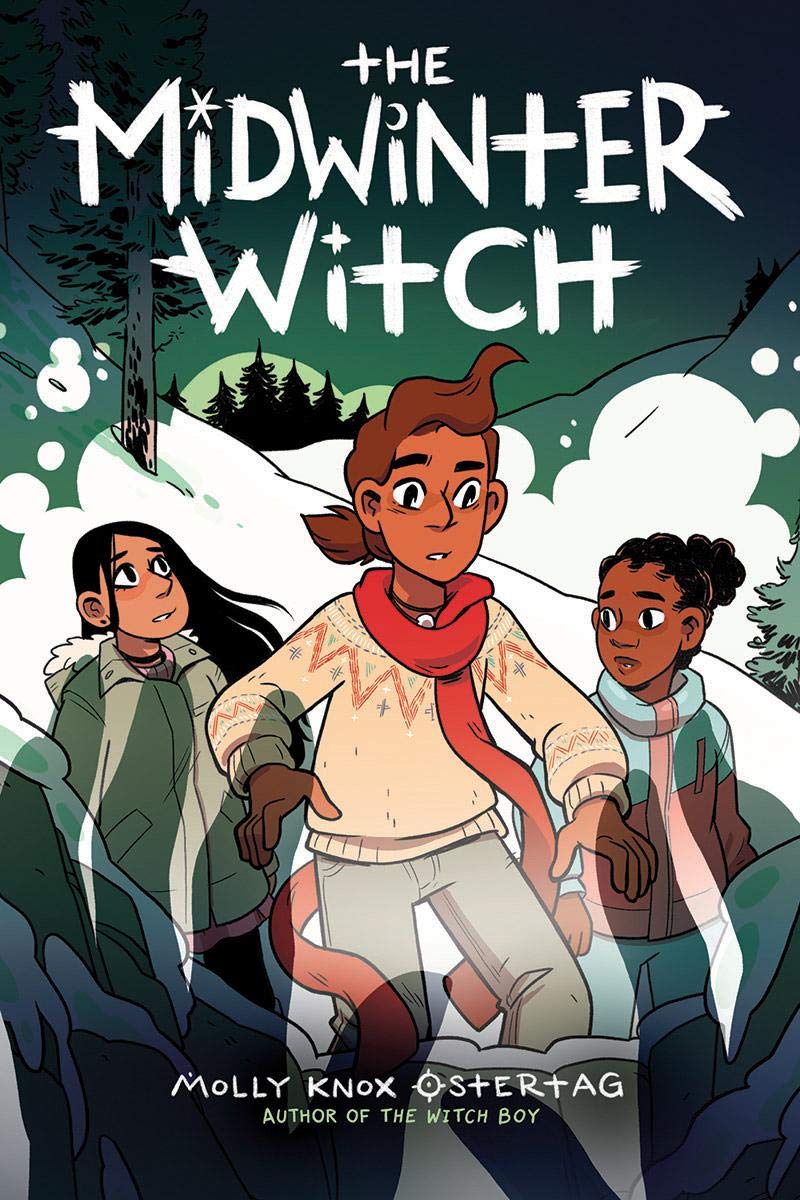 With The Midwinter Witch, author Molly Knox Ostertag wraps up the series she began with The Witch Boy and The Hidden Witch. Aster’s friend Ariel has become a ward of the Vanissen family, learning the healthy and safe way to do magic alongside Aster and his cousins.

But though the whole Vanissen clan is gearing up for the Midwinter Festival, a yearly celebration and family reunion, Ariel isn’t sure if she belongs. When she meets a previously unknown relative in a dream, who urges Ariel to follow a power-hungry path different than the one charted for her by Aster and his family, her feelings are complicated even further. Meanwhile, Aster grapples with the difficulty of revealing to his extended family his penchant for witch magic instead of shapeshifting.

I’ve really enjoyed both of the previous graphic novels in this series, and The Midwinter Witch is no exception. Ostertag is thoughtful and compelling in her rendering of the Vanissen family dynamics, and it continues to be a pleasure to immerse myself in their world and traditions. I read the book in record time, and, as always, was left eager for more.

This eagerness is the root of the only critique I have of this installment since it is meant to be the conclusion of the series. In terms of plot, I think The Midwinter Witch hits a lot of the same beats as The Hidden Witch (Ariel has a secret, she almost yields to the dark side of magic, the power of friendship is victorious in the end), and the parts of the story that are new feel like they open a lot more questions than they answer. Aster’s story felt more resolved, but this installment also didn’t feel necessary for his journey. His role in the story felt like it served Ariel’s story more than his own.

In short, The Midwinter Witch is really fun as an episode in the world Ostertag has created but a little unsatisfying as a finale.