Half Magic
by Edward Eager

Eager was a playwright and lyricist, who turned to writing children’s books in order to have something to read to his son. An avowed disciple of E. Nesbit (Five Children and It, etc.), he creates a similar style of fantasy/fairy-tale, starring a winning family of children. Only in this story, the children don’t have a father, and their mother is too busy to take them out in the country for the summer, and on top of everything else, they live in Toledo, Ohio, sometime in the 1920s (the silent film era, anyway), so it isn’t quite the aristocratic British fantasy typical of E. Nesbit.

So the four siblings–Jane, Mark, Katherine, and Martha–are idly wondering what to do with their summer vacation, when they come across a magical talisman (easily mistaken for a nickel) which grants wishes by halves. That’s right, halves. So anything you want, you had better wish for twice as much. Naturally this causes some hilarious problems, but it finally leads the family to greater happiness, with a new father and a more enjoyable summer in sight.

In the meantime their adventures include falling into the hands of a greedy Arab merchant, joining Sir Launcelot on a quest, becoming half-invisible in a crowded theatre, foiling a jewel heist, and becoming part of the wrong family. The story is riddled with references to good books, including the Bible, David Copperfield, E. Nesbit’s books, and many others. Here’s a paragraph I found particularly delightful: 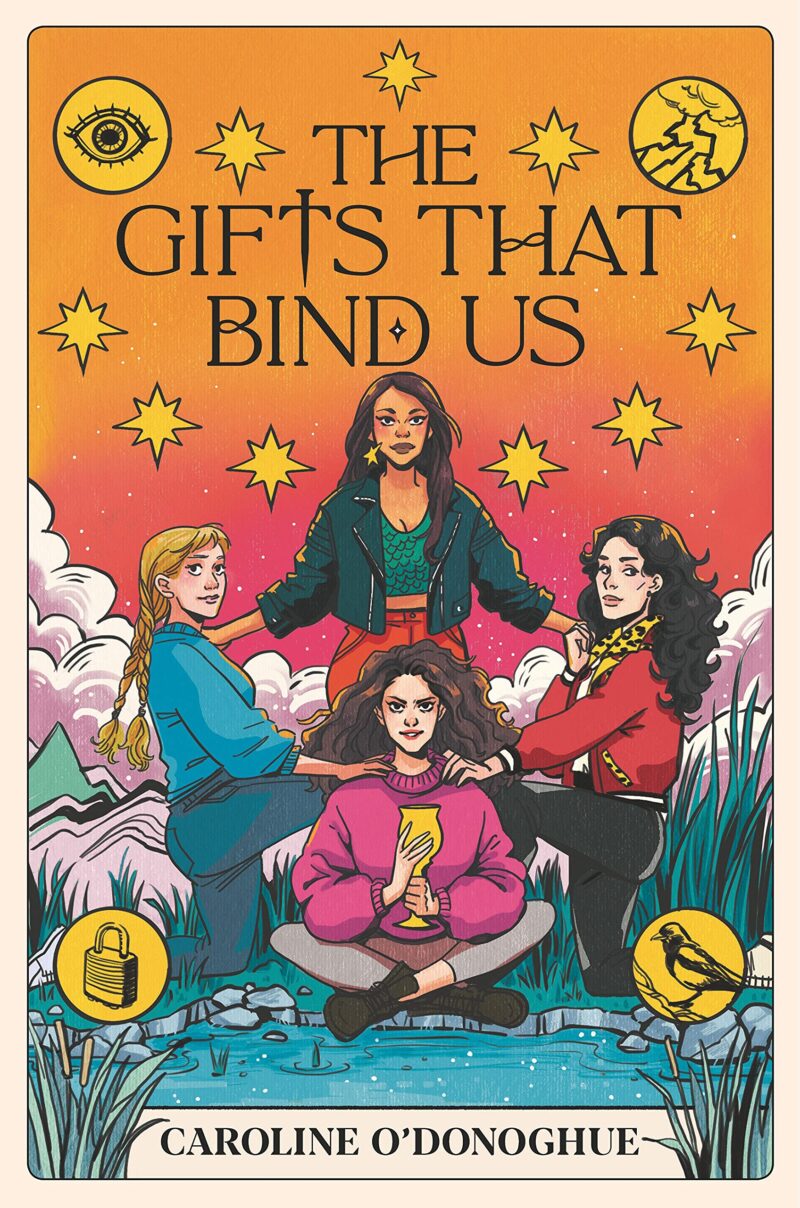 Book Review: “The Gifts That Bind Us” by Caroline O’Donoghue