Shades of Grey
by Jasper Fforde

Thanks to an audiobook expertly read by John Lee, I finally found the courage to bite into this woolly, dystopian, world-building type fantasy by the author of the Thursday Next novels. I admit, I had held paper copies of the book in my hands a few times, and considered buying or borrowing it, but my heart always failed me. I remembered what heavy going it was, breaking through into The Eyre Affair—an effort that included reading Charlotte Brontë’s Jane Eyre for my first time—though since I did, the rewards have been rich indeed. And now that I’ve successfully penetrated another daringly original world out of Fforde’s imagining, I am glad to find out that this book is also the start of a series. Now that two more novels are projected in what is currently a Shades of Grey trilogy, this first book has been retroactively retitled The Road to High Saffron. Or so Wikipedia told me, when I went to check the spellings of proper names in the book. All of the copies I have seen, including the audiobook, simply bear the title above. According to Wiki, the planned sequels will be titled Painting by Numbers and The Gordini Protocols.

Now that I’ve cleared my throat and rubbed my hands together, so to speak, let’s see whether I can briefly explain what this book is about. Sometime in our distant future, the society we know has come to an end. The civilization that takes its place is organized around the ability to perceive color. Color perception is limited, and nobody can see in the dark, apparently because of the narrowness of everybody’s pupils and a lack of “rod” photoreceptors in their eyes. Your status and role in the community are based on which one or two (if any) of the primary colors you can see, and how strongly or how many shades thereof. At the lower end are the Greys, who can see less than 10% of any color and are restricted to menial tasks and manual labor; their lack of rights and frequent mistreatment places them not much above slavery. At higher color levels, the community is divided into clans by which color(s) they can see, led by a council of prefects representing each primary and secondary color. Those with the highest levels of color perception automatically rise to the top of the social order. And “order” is most definitely the word of the day, in a society strictly governed by a set of Rules that regulate every aspect of life down to the tiniest, fussy detail.

Basically, if you want the short version of the story, it’s a totalitarian nightmare. You might have a hard time believing that people would put up with such restrictions, including a number of rules that seem frankly insane. But generations of terror and ignorance have bred a population that meekly accepts these rules… for the most part. The people of each village live in fear of straying too far from the town boundaries, lest nightfall catch them away from home. They live in daily fear of lightning strikes (especially ball lightning), giant man-eating animals (especially swans), and a disease called the Mildew, which has been known to wipe out entire villages and even, in one instance, a whole sector. They live in ignorance of their own history, due to a succession of “leaps backward” and “de-factings” which relieve them of more and more books and technology. They live in complacent acceptance of the rules left behind by a mysterious figure named Munsell at the time of the “Something That Happened,” rules which determine everything from what each person should wear to who can marry whom. Besides the usual industries and agriculture, they devote a lot of labor to digging color scrap out of the ruins left behind by the Previous (i.e., us), converting the scrap into pure color which they need to make their world interesting, to make food and clothing attractive, and to fight back against the Fade. Besides that, they need color for a range of medicinal purposes, ranging from cures for constipation and wound care to life-saving measures and strong narcotics. In the world where Eddie Russett lives, color is everything.

Eddie Russett, age 20, narrates the story. He has been brought up to serve the collective with an admirable selflessness. A strong Red (though this will only officially be known after his Ishihara test), Eddie is on “half-promise” to marry a girl from a wealthy Red family, an arrangement that will benefit both of their families. His only shortcoming is a streak of inquisitiveness. He offends against the sanctity of the rules by suggesting an innovative way to queue for meals. So, when his father (a “Swatchman” who practices color-based medicine) gets sent to relieve one of his colleagues in the frontier town of East Carmine, Eddie is packed off with him on a ludicrous make-work assignment—a census of chairs, if you’ll believe it—as a lesson in humility.

Even before they reach the village, Eddie’s inquisitive nose picks up the scent of a mystery, which deepens hourly after their arrival in East Carmine. It starts with a Grey being caught “wrong-spotting”—wearing the badge of a high-caste Purple—and a fierce girl with a cute nose is somehow involved. We know from the beginning of the book that Jane (she of the cute nose) is eventually going to push Eddie into the digestive tract of a carnivorous tree, and yet in spite of her roughness and tendency toward violance, Eddie falls right in love with her. Their romance deepens in tandem with the mystery as Eddie becomes convinced that someone murdered one of his friends, and that someone also murdered his father’s predecessor as the town Swatchman, and that someone who can see in the dark is lurking in the village. He sees something like a ghost, and makes other strange discoveries, during an expedition to a neighboring town that had been wiped out by the Mildew. He plays matchmaker to a couple who are willing to risk Reboot (a one-way transportation to the Emerald City for those who earn too many demerits) to be together. He bargains for information with the Apocryphal Man who lives upstairs, and who is officially Not To Be Noticed, even if he walks right into a public meeting with no clothes on. He agrees to look out for suspicious characters on behalf of a visiting National Color agent, while at the same time promising Jane that he will keep her secrets. And in only a few fast-paced days, he becomes dangerously involved in the complex politics and personal relationships of East Carmine.

In those four days or so, Eddie survives more than one attempt on his life. He makes new friends, only to be betrayed by them. He attracts sworn enemies, only to save their lives. He wins and loses not one but two desired fiancées, only to be forced into a hideous arranged marriage. He loses his virginity (mild adult content here) and most of his merits, only to win big in the Ishihara sweepstakes. He offers himself up as the leader of an expedition to the village of High Saffron, from which no previous explorer has ever returned. He finds out what’s really going on in his sick, twisted world—and what’s all but unprecedented: He lives to be in a position to change things. And in the very end, he must make an appalling decision in order to safeguard his chance to make the world better.

Unsurprisingly, given the hilariousness of Jasper Fforde’s other books, this is a hilarious book. But it’s also an immensely intelligent, mentally challenging, thought-provoking one. And as the story builds toward its conclusion, it becomes increasingly suspenseful and gripping. The last page is unexpectedly devastating. Under all the humorous quirks and whimsies that keep, as it were, a head of foamy froth on top, there is a dark, strong liquor that savors of horror and evil. It’s really a complete book in itself, requiring no sequels, if you don’t mind leaving to imagination the outcome of Eddie and Jane’s campaign to change their world. But now that I’ve seen the train roll out of East Carmine station, taking a piece of Eddie with it, I won’t rest easy until I read what happens next. 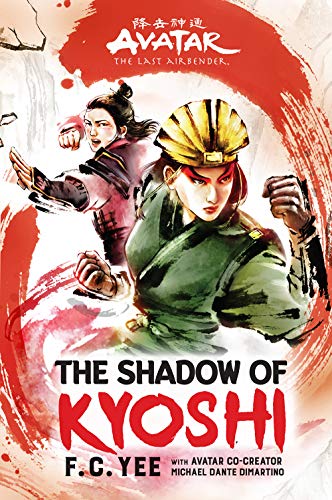 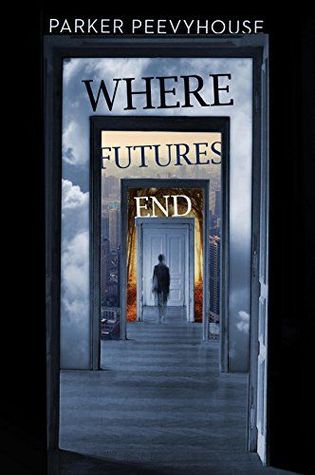