In 1840, after publishing his first three serialized novels, Charles Dickens started a new weekly magazine titled Master Humphrey’s Clock. He meant it to be a break from novels, with little essays and one-off stories by himself and other authors, held together by the character of Master Humphrey by way of an emcee. But circulation plunged after the promising first issue, so Dickens realized that what his public wanted was more serial novels. And so he gave them The Old Curiosity Shop which, at the time it was first published, was his most commercially successful novel—especially the part of it that concerns Nelly Trent, an angelic girl whose melancholy journey and inevitable demise captured the sentiments of a hundred thousand readers while the series ran. Today, however, this book may well be regarded as Dickens’s least successful novel—particularly because of the Little Nell plot line.

It isn’t just that tastes have changed and critics no longer go in for mawkish sentimentality. It’s frankly that the Nell side of The Old Curiosity Shop is, from beginning to end, the more boring, banal, badly-written half of the book. It’s almost as if its author wrote perfunctorily, not caring what he did; which is strange, since Dickens’s correspondence from that period shows that he cared passionately about little Nell, as her fate revived the pain he had felt three years earlier at the death of an idolized young sister-in-law. Whatever psychological insights may arise from the fact, neither did the “Nelliad” elicit the best of its author’s powers of scenic description, social realism, and character detail, nor does it stir in the reader half the enjoyment of the more comical, dramatic, active, brilliantly-written flip side of the novel in which characters such as Quilp, Kit, Dick Swiveller and the Marchioness, the Brasses, and Whisker the pony come so vividly to life.

Until Harry Potter and the Deathly Hallows, no novel’s final installment attracted more enthusiastic public interest in its time than the last number of The Old Curiosity Shop, in which readers finally ascertained whether Little Nell lives or dies. It’s a funny thing. From the perspective of 171 years later, I never doubted Nell was going to die from an early point in the novel (apart from that fact being widely known). As Nell and her dotard, gambling-addicted grandfather escape from the vice and menaces of the city and flee ever farther into the countryside, their journey is haunted by symbols and presentiments of death. The girl’s health deteriorates steadily as she drags her grandfather from one sink of corruption after another, through scenes that would have fallen nicely into place in a picaresque novel where the punch show, the wax works, the canal barge, etc., would serve as steps toward success but that, in this novel, only seem to illustrate that there can be no rest for Nell in this world. Meanwhile the thought of her stainless character undergoing any change (such as puberty) remains inconceivable to any but the vilest character (such as Quilp), until any even semi-conscious reader must guess that Nell is going to die. And—SPOILER ALERT!—die she does. Her death is revealed in a scene that very sensitive readers may find cruelly sad, while others shake their heads in impatience to have it over with. I found myself somewhere in the middle.

The other characters, besides those Nell meets on her journey, proceed on their own course, their connection with her serving only to highlight their goodness or badness. And as evidence that this serialized novel was a somewhat improvised affair, many of these characters change greatly between their first appearance and the end. Kit Nubbles grows from a cockney imbecile who serves Nell and her grandfather with mindless devotion, to a likely youngster with a promising manhood before him. Dick Swiveller develops from an idle fop, reckless and ridiculous and lightly touched with villainy, to a candid though light-hearted hero, redeemed by hardship and his kindness to a half-starved servant girl whom, with a romantic flair that melted my heart, he dubs “the Marchioness.” Slimy lawyer Sampson Brass, his hoyden sister Sally, his vile client Quilp, the latter’s longsuffering wife and shrewish mother-in-law, his tumbling office boy Tom Scott, the sullen office drudge Mr. Chuckster, and the blustery but mysterious Single Gentleman, furnish the book with a wealth of comic relief, suspense, pathos, romance, loathing, and otherwise fascinating character studies. What they do, and what becomes of them, I commend to you to find out for yourself—though I am almost tempted to advise you to skip the Nell chapters. And if you need any more help sweetening the pill, you might try the audiobook narrated by Anton Lesser, a voice actor who disappears into every role he portrays. 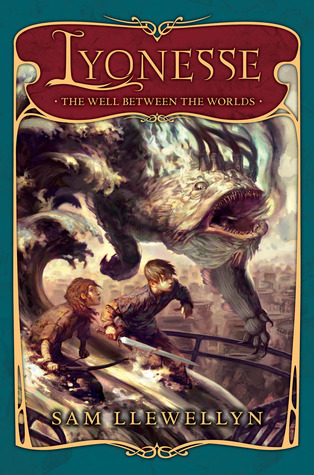 Book Review: The Well Between the Worlds by Sam Llewellyn