You came to the Aubreyiad Patrick O’Brian’s 20-volume masterpiece about British naval life in the age of Napoleon  to see feats of derring-do, flying splinters, flaring cannon, flashing swords, and maybe a few other sensuous pleasures such as the violin-cello duets played by Capt. Jack Aubrey and his physician-naturalist-spy-best friend, Stephen Maturin. You came for smoke and blood and deafening explosions, and you stayed even when more than one whole book went by without any battles at all.

Why? Because OBrian (1914-2000) had a magic touch. He could transport you back to an age that, perhaps, you never thought much about—and does it so convincingly that you almost hate to leave it. He could open a window on the hearts of men who never lived, and make you believe in them utterly and implicitly. He could take a subject as far-removed from your personal experience as traveling to alien planets or casting magical spells  subjects such as 19th century European politics, fighting a duel, sailing a ship, firing a cannon, and so on  and make you feel like an expert on it without being at all pedantic or dull. And in The Reverse of the Medal he showed that he possessed yet another magical power. OBrian could risk a once-for-all, irrevocable turning-point in a series that has already gone on for ten books  and manage to pull another ten books out of it!

The turning point is in The Reverse of the Medal, the eleventh book in the Aubrey-Maturin series. After an all-too-brief but quite exciting chase across the Atlantic, Aubrey comes on land facing irreversible changes in his life and the lives of his crew. The sweet-sailing old frigate Surprise is to be sold out of the service. His crack crew is to be split up among other ships. His valued officers are left on land with little hope of another naval commission. And he himself is haunted by legal, financial, and marital problems. But all these things are as nothing to the train of events set in motion during a night journey by coach. A stranger gives Aubrey a seemingly watertight stock tip…and before a week is out, the innocent captain has been arrested and charged with a crime that could end his naval career.

Based on the actual trial of an actual British naval hero, this remarkable naval adventure is really more about a shocking, infuriating, yet utterly inexorable process that alters the course of Aubreys journey forever. See for yourself as the journey continues in The Letter of Marque.

Book Review: “The Rest of Us Just Live Here” by Patrick Ness 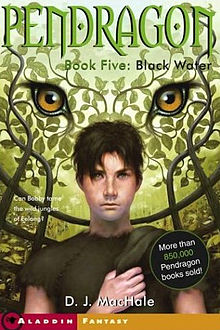