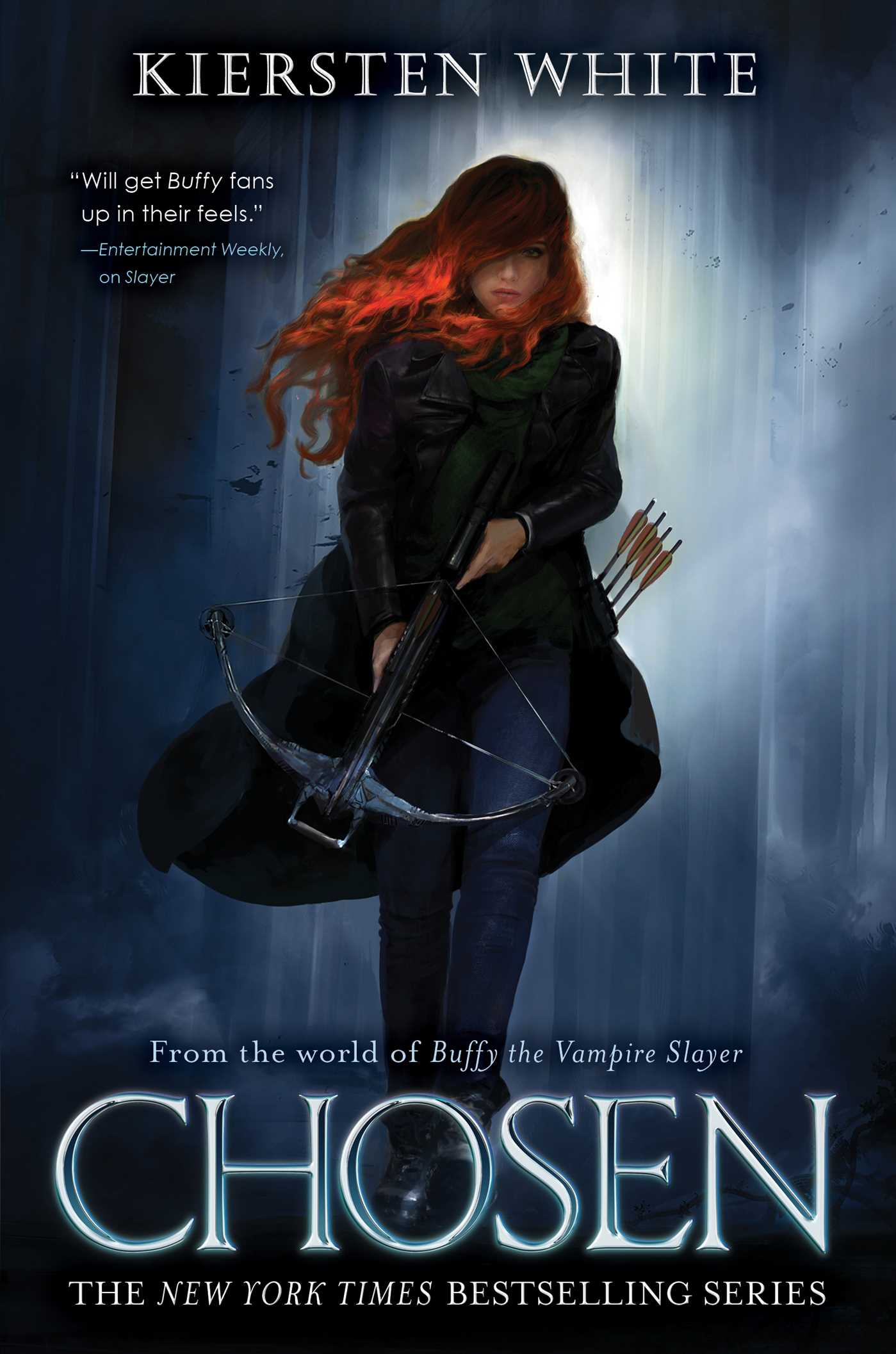 Chosen is Kiersten White’s sequel to Slayer, which told the story of the leftover Watchers after the end of the Buffy the Vampire Slayer television series. In Slayer, we meet Nina, who was raised as a Watcher and whose father was Buffy’s first Watcher (the late Merrick Jamison-Smythe from the movie, not Anthony Stewart Head’s Rupert Giles).

Nina has always wanted to heal others, and her sister Artemis was always the smarter, faster, stronger one. Nina’s Slayer powers awaken due to the actions of Buffy in the show’s finale, and suddenly Nina has to adjust to newfound speed, strength, and reflexes. Oh, and she and her sister hate Buffy because she got their dad killed. And their mother once left Nina in a fire. It’s complicated.

Chosen picks up where Slayer left off. Their Watcher castle has now become a demon and Slayer sanctuary, though Nina is struggling to recruit the latter. Nina’s potential boyfriend, Leo, who turned out to be a demon along with his evil mother, is dead. Artemis has left the castle with her girlfriend, Honora (cousin to Buffy and Angel’s Wesley Wyndham-Pryce).

Nina is feeling betrayed by her sister and her deceased love interest (classic Buffy, there), and since regaining her powers at the end of Slayer, she’s been feeling even more of a compulsion to hurt others, even her friends. This book focuses on the fallout of the first novel and alternates between Nina’s first-person narrative and Artemis’s third-person narrative.

Chosen, like Slayer before it, is a wonderful mix of humor and heart. Buffy fans will love the in-jokes, like a passing mention of Faith and a character’s pondering why the apocalypses are always in May. But everyone will love the book’s enormous heart. White has created a fantastic set of characters in Nina and Artemis, and both girls are extremely compelling. Like Buffy, Nina and Artemis both struggle with how they can protect others while also doing what’s right. If you’re familiar with Angel, you’ll see some comparisons between Artemis’s storyline and Wesley’s Season 3 arc. Like Wesley, Artemis thinks she’s doing the right thing, the only option that’s left for her, and readers (and Honora) have no choice but to follow her down that path. As Nina struggles with her dark side, she receives guidance from a few Buffy characters who know a little about what that’s like.

Some readers might be more interested in the mysteries of the plot and the Sleeping One, but for me, this two-book series shines brightest when it focuses on the characters – mostly Nina, but also Artemis and a few other new and old friends. Cillian’s involvement in the main plot is both surprising and excellent. White has created a wonderful new group of characters while also honoring the old ones (in fact, some of the “new” characters in this book are actually under-served characters from the series, which was an excellent choice).

Slayer and Chosen do the almost impossible task of being excellent books for both hardcore Buffy fans and those who’ve never seen an episode. If you’re interested in books that explore growing up, family relationships, and both real and literal demons, this is the series for you. After all, these are the same themes Buffy explored. White’s new story adds another gorgeous verse to a beloved song.

A copy of this book was provided by the publisher, Simon Pulse, for review.

Book Review: “A Study in Scarlet” by Arthur Conan Doyle