The Discworld novels continue in a funny, philosophical succession of age-old fairy tales touched up by a modern hand. The sixth in the series gets its title from a fine distinction (weird vs. Wyrd) that reminds me of the distinction between “fairy” and “Faerie” in J.R.R. Tolkien’s story “Smith of Wooton Major.”

Granny Weatherwax has returned (see Equal Rites), along with a newly formed “coven” of neighboring witches in the Ramtops mountains. They happen to live in the kingdom of Lancre, which is a 10-by-40-mile strip of forest in the mountains with a few villages and one town, also known as Lancre.

Besides the strictly-no-nonsense Granny Weatherwax, the Lancre coven includes Nanny Ogg, a hard-drinking, hard-swearing, thrice-married mother, grandmother, and great-grandmother many times over (each), who is waited on hand and foot by a tribe of gray-faced daughters-in-law whose names she never bothers to remember; and Magrat Garlick, a young witch full of the modern, earth-goddess, bangles-and-charms-and-dances-in-the-moonlight notions of witchcraft, of which Granny always says something like “I’m not having with such nonsense.” Their coven is gathers weekly or monthly to bicker about their different approaches to magic… until…

Until Verence, King of Lancre, is murdered by his Macbeth-like cousin, the Duke, who is egged on by his Lady-Macbeth-like wife, the Duchess. Only a loyal servant gets away with the kingly crown and the infant heir to the throne, passes it (almost American football style) to the witches, who palm it off on a troupe of actors for safekeeping.

Each of the witch-godmothers gives the infant a parting gift, and good ones too, which basically result in the boy being the most natural actor in all creation. The troupe includes a dwarf who, contrary to his genetics, is a literary genius who writes great plays that become even greater when young Tomjon (as the prince is known) acts in them.

But back in Lancre the duke is becoming paranoid, and the Duchess is becoming dangerous, and the ghost of King Verence is restless, and the court Fool is falling in love with Margat, and what with one thing and another the witches risk a little dangerous meddling in political affairs by trying to hasten Tomjon back to his royal destiny, while the Fool carries a commission to the dwarf-bard (Hwel) for a very special play…

There are a lot of references to Shakespeare in this story, which is basically Hamlet meets Macbeth with a generous dollop of The Tempest on top. It demonstrates how Pratchett takes old material, combines and transforms it in his own exciting and delightful way. Plus you can blush and laugh at the same time when contemplating Nanny Ogg’s drinking songs, entitled “The Hedgehog Cannot Be Buggered At All” and “A Wizard’s Staff Has a Knob On The End.” 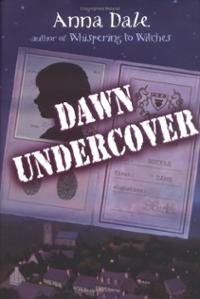