Our Mutual Friend—buy it
by Charles Dickens—Wiki him
Recommended Ages: 13+

Death by drowning in the River Thames. Murder by blunt object, made to look like death by drowning. Innocent hands made to look guilty of said murder. Money, and expectations of inheriting money, acting as a poison that corrupts men’s (and women’s) virtue, hardens their heart, blights their future, destroys their life. Poverty, even unto starvation, appearing less horrible than the remedy thereof—and possibly even redemptive. Greed, envy, avarice, ambition, fraud, debt, and revenge wreaking their havoc on persons of character ranging from shallow to deep. And above all, the barriers between socio-economic classes, enshrined in codes of conduct too venerable to be violated without scandal—while acts of greed, envy, avarice, ambition, fraud, debt, revenge, and starvation furnish polite society merely with fodder for titillating conversation. Horror, guilt, mistaken identity, deliberate disguise, irony, disappointment, joyful discovery, touching friendships, and violent enmities blurring the above-mentioned social barriers and lines of conduct. Such are the spirits blended in the cocktail this book’s readers will imbibe.

And yet you still don’t know what it’s about, do you? Supposing (perhaps foolishly) that your experience is like mine, I would guess that you know a little about Oliver Twist, David Copperfield, Great Expectations, and A Tale of Two Cities… and nothing whatsoever about this book by the same author as all of the above. So know this:

Everything is set in motion when a mean-spirited miser dies, leaving everything to his estranged son John Harmon on the condition that he marry a spoiled young lady named Bella Wilfer; failing which, everything goes to the Boffins. But then John goes missing after his arrival in England, and a body found floating in the Thames is identified as his. And yet, to make it really complicated, John is actually alive and well. He only meant to disappear for long enough to find out whether he and Bella could truly love each other, only to be caught in an awkward position when another man’s murdered body is mistaken for his own. By another mistake, suspicion of this murder falls on a Thames waterman named Gaffer Hexam, whose virtuous daughter Lizzie is a perpetual martyr to her family’s honor. After Hexam himself drowns, the case seems to pass beyond possibility of being solved. Meanwhile, John Harmon has decided that he is better off dead, and becomes a secretary to the Boffins under an assumed name. The Boffins also more or less adopt Bella, by way of compensating for her disappointed hopes. Then, through a plot that is either comic genius or (more likely, in my opinion) an offensively absurd load of codswallop, they and “John Rokesmith” bring out the pure, loving, right-minded girl that has always been buried deep within the spoiled, mercenary Bella.

Meanwhile, acting as the legal counsel for the Harmon estate, especially as it is concerned with the supposed death of John Harmon, are two “idle rich” young men: Mortimer Lightwood and Eugene Wrayburn. The latter falls in love at first sight with Lizzie Hexam, but finds himself in a dilemma between doing the honest thing (marrying her) and the socially acceptable one (which, given their circumstances on opposite sides of the class line, definitely isn’t marrying her). Worse still, Eugene has a rival for Lizzie’s hand: a hot-tempered young schoolmaster named Bradley Headstone, whose tutelage has alienated young Charlie from his sister and who conceives such a hatred for Eugene—not altogether unprovoked—that it seems only a matter of time before he clubs the latter like a baby seal. There’s also a good deal to do with usury, blackmail, swindling, government corruption, and matrimonial adventuring—in other words, a few of the many wonderful ways money makes people so miserable that at times it almost seems as if they would be better off poor. It’s an ironic way of looking at things, which stimulated a good deal of thought and debate in its time, and still could do the same.

Charles Dickens serialized his last completed novel in 20 monthly numbers from 1864 to -65. This reviewer read it in 15- to 30-minute snatches, during breaks and lunches at work, over a period of two and a half months. I’m not sure whether I should say this process compressed or stretched out the experience of the book’s original readers, who absorbed the book in blocks of four or five chapters in successive issues of a magazine. Nor am I quite ready to take a critical stand on what this book’s position in the Dickens canon says about his artistic and spiritual development. I am still torn between being impressed with this book’s psychological insights and socio-political message, and being appalled by the preposterous plot contrivances disclosed in the final chapters; between wanting to rise to the book’s defense against earlier generations of critics (who acknowledged it as the work of a great artist, but a seriously flawed work as such), and wanting to heap my own layer of damningly faint praise on it.

But before I make up my mind, let me at least say that, after all, this is a novel by Dickens. Because it is a novel by Dickens, the reader will be richly rewarded for bearing with the vicissitudes of its being a novel by Dickens. And with perhaps two exceptions appearing to my judgment, a certain unevenness must be expected of all his novels. No one ever achieved what Dickens did in the art form of the serialized novel, but the process has drawbacks that noticeably affect even his best works. There may be continuity errors, arising either from lapses of memory or from new ideas flowing into an already partly-published work. Passages of tedious prolixity may be added when a manuscript chapter runs short of its allotted space. Gaps and omissions may stem from the manuscript overflowing the space allowed, and needing to be cut. The pressures and temptations of pleasing a public whose opinion of the yet-unfinished work can immediately impact the circulation of the magazine, may lead an artist to make compromises. He might side-slip into vulgar sentimentality (cf. the Little Nell chapters of The Old Curiosity Shop), might soften an inevitably and intentionally tough ending (cf. the revised ending of Great Expectations), might even change the entire trajectory of the story (cf. The Pickwick Papers) or the nature of its characters (cf., again, The Old Curiosity Shop).

Bearing with such blemishes is one of the habits of a highly successful Dickens reader. But the rewards include a fascinating menagerie of characters, kaleidoscopically shifting atmospheres of mystery and horror and romance and farce, vivid descriptions of cityscapes and countrysides, thought-provoking pokes at the foibles of society, the use of haunting and disturbing patterns and symbols, and (particularly in this book) a deeply detailed portrayal of the minds and motives of desperate people. Dickens captures, in a series of word-sketches, an assortment of people whom many critics of his day refused to believe could ever exist, but whom he personally encountered in his activities as a journalist. He judges society with a tone ranging from mild whimsy, by way of merry lampooning, to bitter sarcasm and righteous fury. And on many, many issues, his critique hit the mark and stimulated the public, and its leaders, to work for change. Between Oliver Twist and this book, for example, Dickens helped knock Britain’s vile old Poor Law on the head. And that’s only one example among many.

As to where this book fits into the Dickens canon, and the significance of its position as “dead last” of a sequence of novels that are widely perceived to grow darker and more pessimistic all along, peace! I’ve now read almost all of Dickens’ novels over a richly rewarding ten-year period. In my experienced judgment, a list of their titles in order of their publication would, in a general way, be almost identical to a chart representing their overall quality, from most imperfect to least imperfect (as works of art), or from least satisfying to most satisfying (as pieces of entertainment). The two books immediately preceding this were A Tale of Two Cities (the book that made a Dickens believer of me ten years ago) and Great Expectations (which I have been reading concurrently with this novel). I candidly regard those two as the acme of Dickens’ achievement as a novelist, and I suppose them to be that in part because the process of publishing them in weekly installments forced the author to condense his thoughts and streamline their structure. For Our Mutual Friend, Dickens reverted to the more leisurely pace of the monthly serial, which this book shares with eight of his thirteen previous novels. This gave him room to be more expansive, and more temptation to adorn the plot with ludicrous complexity. But just as the two immediately previous books surpassed their three weekly predecessors, Our Mutual Friend shows Monthly Dickens at his maturest and best.

I would like to go on, at dissertation length, about that great storyteller’s split personality—as though Weekly Dickens and Monthly Dickens were entirely different authors. I am almost ready to write an essay on how many ways Great Expectations reads like a rehearsal for this book, or how many of its characters come across as evolutionary cousins of the characters in this book. This is a Dickens of another order, but at his center (one might punningly say, at his Pip) he is still the same Dickens. An older, wiser, sadder Dickens, more convinced of his own mortality, more disillusioned with the world, more afflicted with health problems and disappointed hopes, but still the same genius with the same ear and eye for the human world that was around him, and the same heart and soul for the world that should be.

Book Review: “Charlie and the Chocolate Factory” by Roald Dahl 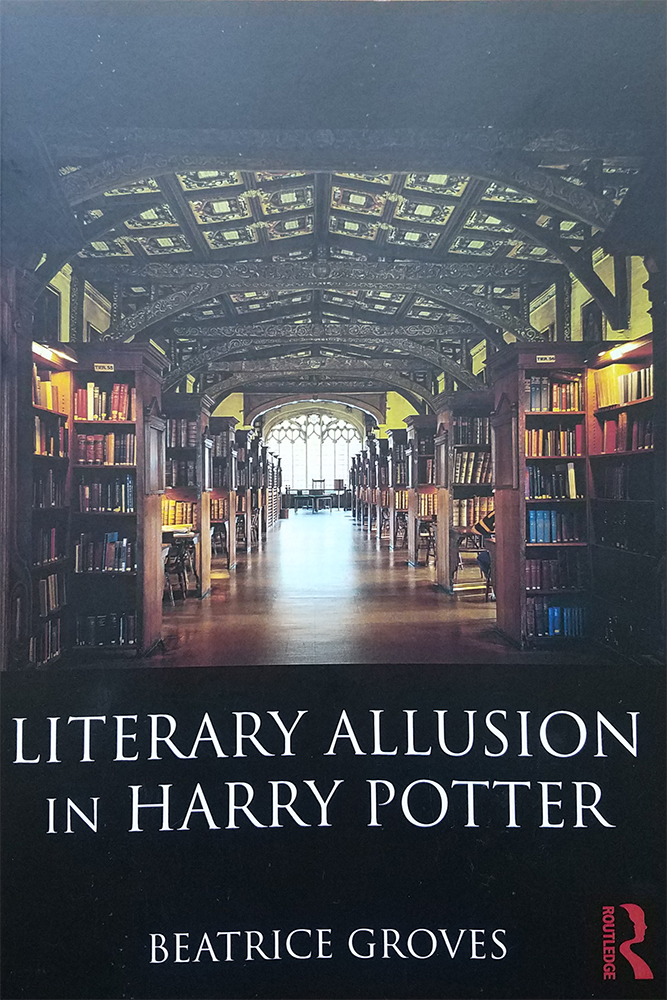