The cover art of this book gives a misleading impression of what kind of trouble the “troubletwisters” specialize in. The fact that the book actually does feature several tornadoes and a hurricane may add to that impression. So you may be surprised to learn that the term “troubletwisters” in this book does not have anything to do with cyclones, as such. Troubletwisters are kids who have started to manifest powers—powers that, if brought under control and properly harnessed, will enable them to serve as Wardens – specially gifted people who dedicate their lives to keeping the Evil (with a capital “E”) out of this world. More on that later. While they are still coming into their powers, troubletwisters have a tendency to cause unintended chaos and twist a little trouble into a big problem. Hence the name.

The two troubletwisters we meet in this book are twins: Jaide Shield and her four-minutes-younger brother Jack. They start twisting trouble when their father comes back a day late from a long business trip. As they are carrying his suitcase upstairs for him, a mysterious object falls out of it that, when touched, unleashes a terrible energy. In fact, it blows their house up. But not before the Evil finds them and tries to seize control of them.

Their father saves them just in time, and packs them off to stay with his mother—the mysterious Grandma X, whom the twins have never met. With Dad off on another business trip and Mom pulling a three-day shift as a paramedic, Jack and Jaide are suddenly at the mercy of a strange old woman they don’t trust. A woman who talks to her cats and seems to hear them talking back. A woman who drugs them with hot chocolate, plays mind-fuddling games with them, refuses to answer all their questions, and tampers with their short-term memory. The kids are starting to think Grandma X is a witch, and are thinking about trying to escape from her clutches when the Evil finds them again, and wages a full-on attack.

The Evil, for your information, is a force from outside our world that wants to get in and take everything over. It starts by possessing small things, such as insects, then mice and rats, then dogs. Cats are immune, of course. As the Evil grows stronger, it merges ever larger swarms of its minions into a single, monstrous form—like a human figure made of rats, and things even nastier than that. Eventually it seeks to control a human puppet. And if it can get a troubletwister or two under its power, it can use their gifts to bring down the Wardens along with the wards that protect our world.

This is why, one stormy day when Grandma X has been hurt and can do nothing to help, everything depends on Jaide and Jack doing a lot of learning fast. They need to learn how to listen to the cats, for one thing. They must then persuade the cats to give them information that only full-fledged Wardens are supposed to know. Then perhaps they can learn to control their own powers enough to hold the Evil back until they can find and fix the Ward that has broken. Until they do all this, Grandma X’s coastal town of Portland (not the one you’re thinking of), and the twins’ souls, and the whole world are at risk.

The danger that threatens the troubletwisters is not the stuff of cute, whimsical, kiddie literature. It’s dark, dangerous, and downright disturbing, pardon the alliteration. Jack and Jaide have nightmares about it, and some young readers may as well. Each kid’s unique gift, their distinct personalities, and their tendency to be strongest when working together, all hint at a great potential for unusual and exciting adventures in the future, full of creative solutions to far-out problems. The books of which this most often reminds me are the “Fablehaven” books by Brandon Mull. But the troubletwisters seem to be well on their way to staking out their own corner of YA fantasy-land, with three further books in their series to-date: The Monster, The Mystery, and coming at the end of April 2014, The Missing.

Garth Nix and Sean Williams are both prolific authors from Australia. Nix is well-known for his young adult fantasy titles in the “Old Kingdom,” “Keys to the Kingdom,” and “Seventh Tower” series, plus such standout titles as Shade’s Children. Williams, who often collaborates with another fellow-Aussie named Shane Dix, has authored or co-authored numerous sci-fi novels, including the “Evergence” series and some “Star Wars” titles. Apparently this means that, whether you like your thrilling conflict between good and evil to be loaded with magic or to have something to do with a life-form from another universe, the “Troubletwisters” series will have something for you. 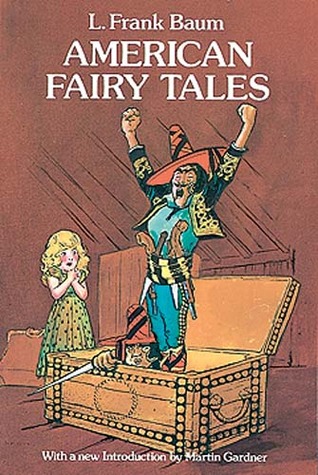