For this week’s Author Takeover we are delighted to host the author of Simon vs. The Homo Sapiens Agenda, Becky Albertalli. While Simon and his interest for all things Harry Potter may be fictional, Becky’s love is all fact.

Becky Albertalli is a clinical psychologist who has had the privilege of conducting therapy with dozens of smart, weird, irresistible teenagers. She also served for seven years as co-leader of a support group for gender-nonconforming children in Washington, DC. Simon vs. the Homo Sapiens Agenda is her first novel.

MUGGLENET. My Potter-loving heart is soaring right now. I don’t think I even have to explain why this is a big deal to me because you guys get it. It’s Harry. It’s MuggleNet. Have I mentioned that this is the first website I ever bookmarked?

So I’m a Potter geek. Like, a big one. I consider Harry to be the first love of my life. I’ve been Hermione for Halloween about six times, and I dressed my son up as Harry when he was four months old. I’ve co-hosted a Harry Potter Murder Mystery Party. And a Yule Ball, with Cauldron Cakes. In college, I co-facilitated a class about Harry Potter, and the final “exam” was a debate pitting the four [H]ouse philosophies against each other. I’ve been to the theme park, I’ve been to Platform 9 ¾, and I’ve seen Dan Radcliffe naked.

And then I wrote a book about a kid named Simon. He’s a sixteen-year-old, music-loving, Oreo-eating kid from the Atlanta suburbs. And he’s also a Potter geek. How could he not be?

My book, Simon vs. the Homo Sapiens Agenda, is a nerdy, gay love story that unfolds over emails between Simon and an anonymous pen pal from his school. Aside from the emails, the story is told entirely from Simon’s perspective – and a pretty big chunk of this kid’s mental energy is devoted to Harry Potter.

Here’s the thing about loving Harry Potter: it doesn’t go away when we’re not actively reading the books or participating in the fandom. It’s sort of permanently embedded into our thoughts. I see a redhead, and I think “Weasley.” I hear a British accent, and I think “wizard.” (No, really.) And that’s how it is for Simon.

Simon sees Harry Potter everywhere. A beard looks “Dumbledorian.” A blond guy reminds him of Draco. He’s a Dementor for Halloween, he reads Harry/Draco fan fiction, and he secretly believes his own glasses make him look like Harry Potter. (Or not-so-secretly. We Potter fiends tend to blurt this stuff out.)

I couldn’t believe how much there was to choose from: Harry Potter and Draco Malfoy hooking up in thousands of ways in every broom closet at Hogwarts. I found the ones with decent grammar and stayed up reading all night.

Simon’s love of Harry Potter isn’t the point of the story, and it has nothing to do with the plot. But it’s important because I really believe that the things we love become a part of us. I’m not even remotely embarrassed to be a hardcore Potter nerd. It’s part of my identity. It’s part of Simon’s, too.

When I wrote Simon vs. the Homo Sapiens Agenda, my priority was to create a character who felt alive. I wanted him to feel like a real sixteen-year-old guy. Which is why Simon is on Facebook and Tumblr. He talks about real bands. He cusses and says the wrong thing and eats a lot of junk food and watches TV while he does his homework. If he does his homework. And he loves Harry Potter with all his heart. That’s a big deal.

I think the best stories are the ones that feel like windows into the lives of real people. J.K. Rowling built a window like that for me. If I can be that for a single reader, I’m a Muggle doing magic. 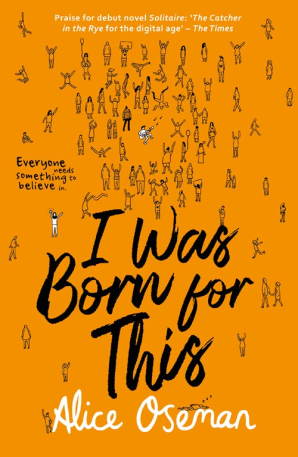