Oh man. Where to begin with The Death and Life of Zebulon Finch: Volume One – At the Edge of Empire? The 625+ page novel follows the exploits of Zebulon Finch, a petty thug and criminal who’s killed at the age of 17…but somehow he doesn’t exactly die. Precisely seventeen minutes after he’s shot, Zebulon wakes up. He can’t feel pain, he doesn’t age, and his body is decaying (albeit very slowly). Zebulon doesn’t know why he’s been chosen for this particular fate, and, most of the time, doesn’t particularly care to find out. Through the novel, he’s forced to be a member of a traveling show, gets shut in a lab by a mad scientist, fights in World War I, and hobnobs with the elite of Hollywood’s Golden Age, among other exploits. If it’s sounds bizarre, fascinating, and kind of gross…those are probably the three adjectives I would use to describe this book.

To start off with, I’ll give one thing to Zebulon Finch – author Daniel Kraus has got a killer opening. Sometimes it takes me a while to get into books, especially if they’re long, but this one hooked me from the get-go: “Let us begin with this: I am seventeen years old. And also this: I have been seventeen years old for over a century.” Alright, Mr. Kraus, done! Unfortunately, it wasn’t too long after that when the book began to lose me, mostly because Zebulon Finch is sort of a horrible person, and not in an interesting way. In a it’s-too-much-work-to-do-the-right-thing way.

Zebulon’s journey is oddly compelling but with no payoff. He has chance after chance to act redemptively, but instead chooses every time to be apathetic and callous (and, when the occasion calls for it, both sexist and racist). Every other character in the novel is someone Zebulon will hurt or be hurt by, so don’t get too attached. He trudges through time with no purpose and no destination, and yet I wondered more times through the course of the book why I was still reading than he wondered why he can’t get his shit together. I guess I was wrong before. It’s not the fact that Zebulon is a terrible person that bothers me. It’s that he’s so uninteresting while he does it.

We all understand the appeal of sin easily enough – laziness, avarice, and lust all have their reciprocal thrills that accompany them – but Zebulon derives no pleasure from his failings, and thus neither does the reader. His continued slow slog of immortality isn’t even fun to watch. Instead, it’s painful. I like my moral failings with some spectacle, or at least a little spunk, and Zebulon Finch has neither. He truly is just a corpse shambling around with little aim or intention. It’s not sexy, witty, or fun, and by about p. 300, I’d have taken any of the three. To be fair, neither Finch himself nor the author ever claims that Zebulon is anything other than a selfish deadbeat (bada-boom), and the novel’s saving grace is that my loathing for Zebulon seems to be…intentional. I’m just not sure what the point of that is? But, after all, I did read the whole thing? Like I said…oddly compelling. And definitely not like anything else I’ve read.

One other note: this book is pretty grotesque. I don’t say that as a criticism – it doesn’t bother me – but if you are easily disturbed or don’t like descriptions of, say, rotting flesh, then I’d pass this one by.

I should add the disclaimer that a lot of people seem to REALLY love this book, so maybe I am just a weird outlier. It’s also possible that, as The the Edge of Empire is the first of two volumes, the second installment will totally blow me away with a payoff that’s made even better by the painstaking build-up of Volume One – I’d totally believe Kraus is capable of it. But I’m warning you now, readers, that payoff does not come in this book. 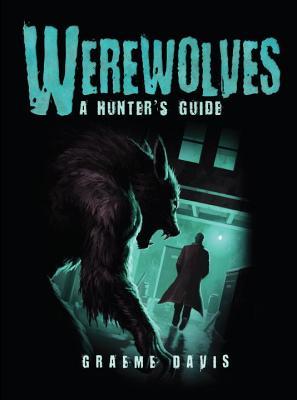