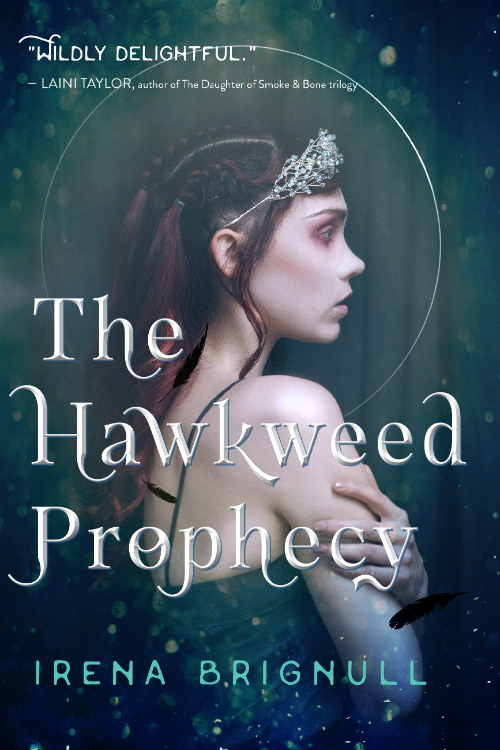 First, I was scared of them. Then I became curious. Now I write about them.

Mostly cast as the villain, often without rhyme or reason as to why, they’ve always seemed so mysterious. They are the opposite of damsels in distress, Sleeping Beautys, Cinderellas, Snow Whites. They are mistresses of their own fortunes. They have the power to change lives – their own and others’. They have magic.

But where did they come from? Who are their families? Particularly their fathers? Were they born with magic? Or did they learn it? Modern novels have started answering these questions. The most famous of these must be the beloved Hermione Granger – a three-dimensional, fully-realized character who is intelligent, studious, and governed by reason. Before her came the very different but also charmingly engaging Mildred of The Worst Witch. But these two girls are good witches – determined to help, not harm. They are a far cry from the witches of my childhood. Narnia’s White Witch is the embodiment of evil, casting a spell of never-ending winter across the land. The Grand High Witch in Roald Dahl’s The Witches is a demon in human form, determined to eliminate all children. The unnamed witches of Hansel and Gretel and Rapunzel are just as inexplicably wicked. Perhaps it’s because of their mystifying nature that they so captivated and terrified me when I was a child. The one that left the greatest impression is the great Baba Yaga, who is presented in several tales in different guises, but the one I know her from is Bony Legs.

So these were the witches of my childhood, but in my teens I met Circe, Medea, Morgan le Fay, and Macbeth’s Weird Sisters. Then came The Crucible and, with that, an interest in the historical aspect of witchcraft. It seemed that it was not just literary witches that people feared, but real-life women too. The witch trials spanned centuries, killing tens of thousands of people. Men, women, and children were all brutally tortured and murdered. Perhaps because of their literary predecessors, it is the women who have stuck most in our collective minds. It might be fanciful, but I often wonder how many of these were ahead of their time – outspoken, unmarried, nonconformist, independent, extraordinary (like Joan of Arc, condemned as a witch by the Catholic Church). Were they punished for being different? Were they scapegoats for society’s insecurities? It was with this in mind that I began my very first novel, The Hawkweed Prophecy. I tried to imagine the women who escaped these punishments, forming covens, living in secret, away from society. Having been so persecuted by men, they put sisterhood first, above romance and marriage. I wanted to explore what these female-only covens would be like. I found there was a lack of vanity, a self-sufficiency, an affinity for nature, a solidarity, and of course a great sense of sisterhood. The need for romantic and sexual love had been replaced by something more intoxicating – magic. But no society is perfect. There was also motherly ambition, female bullying and manipulation, retribution for anyone who tried to leave.

The Hawkweed story starts with a prophecy, inspired by the Weird Sisters of Macbeth. Only I wanted to put the witches at the forefront of the drama. I wanted them in the round, their flaws as well as their virtues. I wanted to elevate them beyond the evil villain. And I wanted to embrace and celebrate their talents. To me, as to so many, they are a metaphor for female power and the fear that still engenders around the world today.

These are my top ten witch inspirations. What are yours?

Irena Brignull is a successful screenwriter. Since working on the screenplay of The Boxtrolls, Irena has been writing an adaptation of The Little Prince directed by Mark Osborne and starring Jeff Bridges, Rachel McAdams, and Marion Cotillard. Previously, Irena was a Script Executive at the BBC and then Head of Development at Dogstar Films, where she was the script editor on Shakespeare in Love, Captain Corelli’s Mandolin, and Bravo Two Zero to name a few. Irena holds a BA in English Literature from Oxford University. The second book in Brignull’s Hawkweed series, The Hawkweed Legacy, is available now.