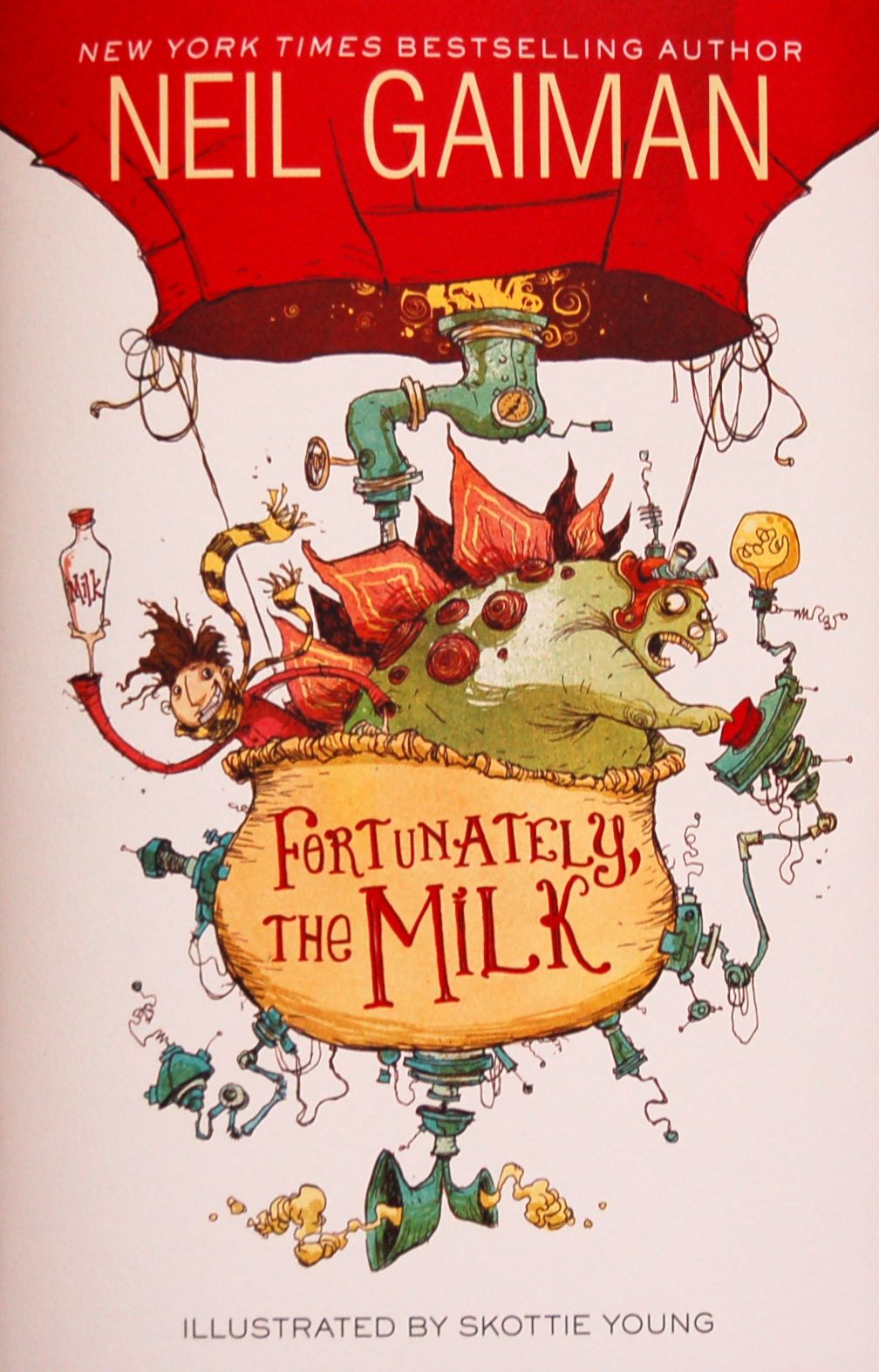 I was browsing the young readers’ section at a Barnes & Noble store when a young lady who was stocking the shelves told me to look at this book. “It’s absolutely hilarious,” she said. And so it is. A thin, quickly read book in Neil Gaiman’s most lighthearted register, it features the story a dad tells his two kids to explain why it took him so long to fetch a bottle of milk from the corner store.

The father’s story involves time travel, aliens, pirates, wumpires (sic), a stegosaurus piloting a hot air balloon, a volcano god and his worshipers, brightly colored ponies, and more. At each turn of events, the fate of the milk and the children’s waiting breakfast cereal grows more significant, until the existence of the universe depends on it. The final punchline seems, in retrospect, like what you were waiting for the entire time, but would be a shame to spoil.

Skottie Young’s illustrations take up at least as much room as Neil Gaiman’s words in this book, and they are just as important to its enjoyment. The story begs, with puppy-dog eyes, to be read out loud by an adult to one or more children.

Neil Gaiman is such an important author of graphic novels that he probably needs no introduction, other than to mention that his children’s picture books include Crazy Hair and the Chu’s Day trilogy. I have read many of his novels, but I am still looking forward to reading some, such as Odd and the Frost Giants. Also, I have yet to be inducted into the world of Sandman. 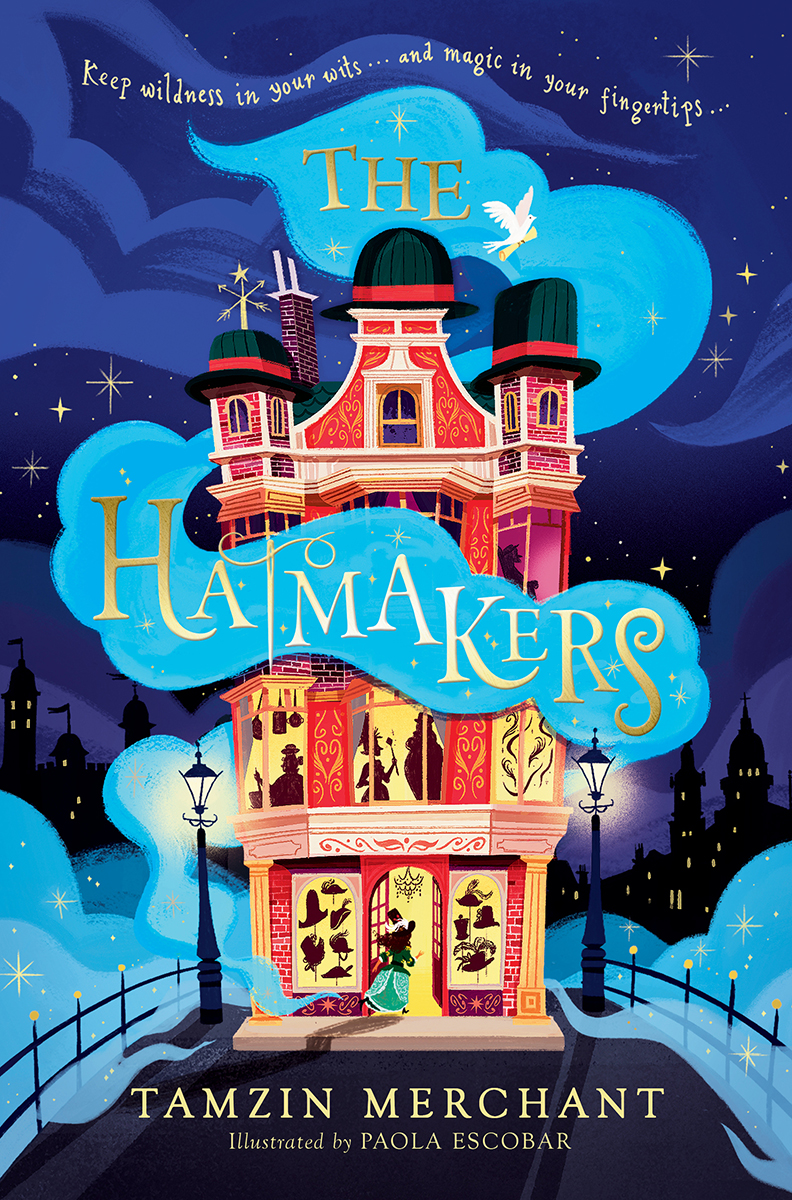