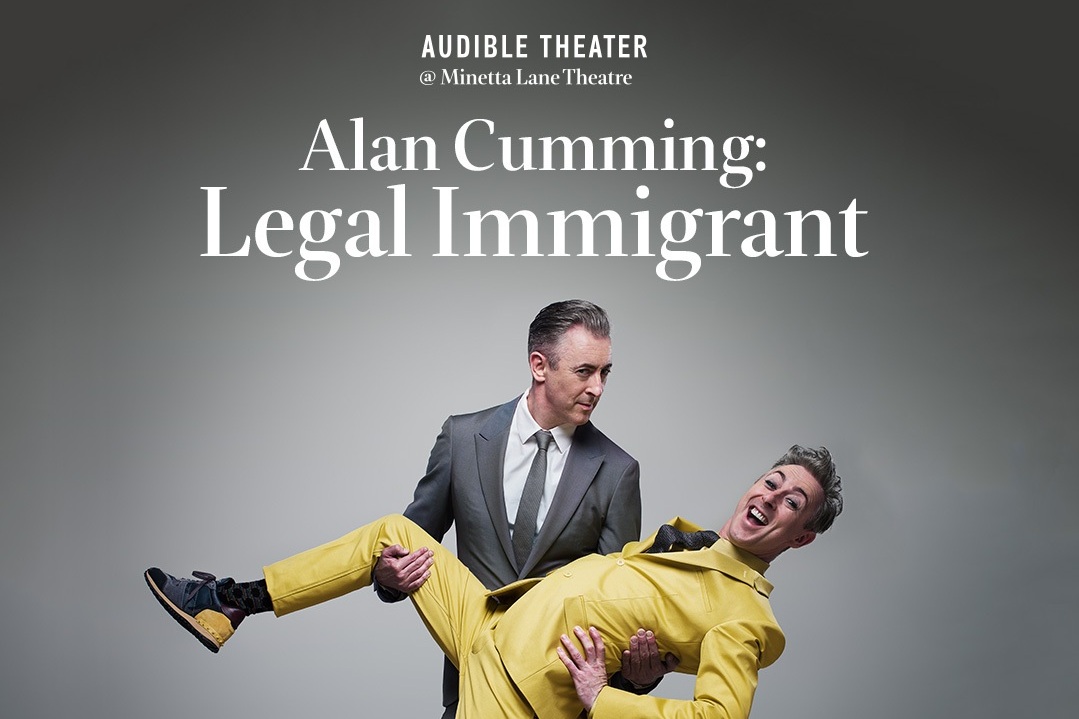 It feels strange to title this review an audiobook review because technically Legal Immigrant is not an audiobook. It’s a live recording of Alan Cumming’s cabaret show, which toured for almost a year. Cumming (The Good Wife, Cabaret) partnered with Audible in the spring of 2019 to record two nights of the show and create this audio version. The audio version includes content not in the original show, including, of course, references to the recording and helpful descriptions for people who are listening and not watching the show. Legal Immigrant highlights Cumming’s life as a Scottsman with dual American citizenship and his views on immigration.

Like [her], I was brought to this country by a group of people that our current president would consider to be criminals. In her case, of course, it was her Mexican parents. In my case, it was Hollywood film producers.

A copy of this audiobook was provided by Audible for review.