My introduction to the books of Kate Danley happened to be her debut novel, though by the time I found it on a truck stop’s audiobook sale shelf she had written several more. I happened to be listening to it at the same time as I was reading Tom Holt’s The Outsorcerer’s Apprentice, so I will probably always remember both books as part of a weird experience in which fractured fairy tales were coming at me from all directions. While Holt decanted his mixed cocktail of multiple folk tales for comedy into a glass garnished with a twist of contemporary social satire and a salting of science fiction, Danley played her medley of magical stories with a totally straight face. This book is a deadly serious, grown-up take on the land of stories that never for an instant winks at the reader or acknowledges a real world outside its own Grimm reality.

The character of the woodcutter stands at the meeting point of twelve magic kingdoms, the balancing point between humans and the fey, the nexus between dangerous wild magic and the tamer sort that makes dreams come true. He carries an ax that has never tasted the sap of an unwilling tree, and he wields it with all the responsibility of the keeper of the balance between two intersecting worlds that would otherwise tear each other apart. He guards the truce between magic and ordinary life. He polices the succession of princes and princesses to kings and queens, watches over their children and tries to ensure that true love finds a way in at least half the royal matches. And he tries to keep regular folk from being swept up in stories or addicted to fairy dust, either of which could destroy them.

Generation after generation of nameless woodcutters has carried this responsibility. But the woodcutter in this tale faces a threat that could end his line and subvert the benign magic of the true-love kingdoms to a will that only cares about power. There is a creature in his woods that stalks people with magical blue blood – the rightful heirs or destined true loves of the twelve kingdoms – and steals their souls. There is an evil queen at large who wants to control all the kingdoms. There is a villain who is separating pixies from the trees they inhabit, causing the trees of the wood to die and unleashing misery into the world. And there is a vile trade in fairy dust going on that is ruining lives and upsetting the balance of the world.

Armed with three enchanted axes besides the one passed down through the woodcutter’s line, he leaves his beloved wife and sets out to right all these wrongs, even if it takes the ultimate sacrifice. Along the way, he gets tangled up in darker and deadlier versions than you may know of the stories of Snow White, Red Riding Hood, Rumpelstiltskin, Jack and the Beanstalk, and more. He crosses paths with Odin and the Wild Hunt, Titania and Oberon, giants and a river god, and Baba Yaga and a bridge troll. If you can name a Grimm fairy tale but don’t know how grim it can be, you’ll find a surprise in this book.

There were moments when I didn’t care for it. At times I found the relentlessness of the drama a bit wearing. I’ve enjoyed many dark versions of fairy tales, though, and in a final overview, this one was uplifting compared to some. It has a certain purity and wholesomeness, a very clean-cut worldview and an overall theme of sacrifice and resurrection that might be especially appealing to Christian families. But at the same time, it reveals some of the nastier things usually hidden on the underside of folklore, with themes such as addiction, pollution, environmental exploitation, child abuse, prostitution, and the damage that can be done by cynical politicians and their blind followers. To her credit, the author pulls together a variety of stories into a seamless whole and communicates in rich, carefully chosen, sensually persuasive language.

Kate Danley hasn’t been publishing long, but she already has a list of titles bearing witness to a very productive writer. Besides the standalone novels Queen Mab and Building Madness, there are also nine Maggie MacKay, Magical Tracker books (plus two Maggie MacKay Holiday Specials), four O’Hare House Mysteries, and three Twilight Shifters books so far. They all seem to inhabit the shadowy side of faerie literature or the realm of ghosts and haunted houses. Based on my impression of this debut book, I am open to giving her work another look. 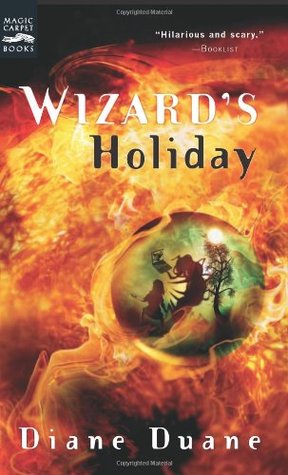