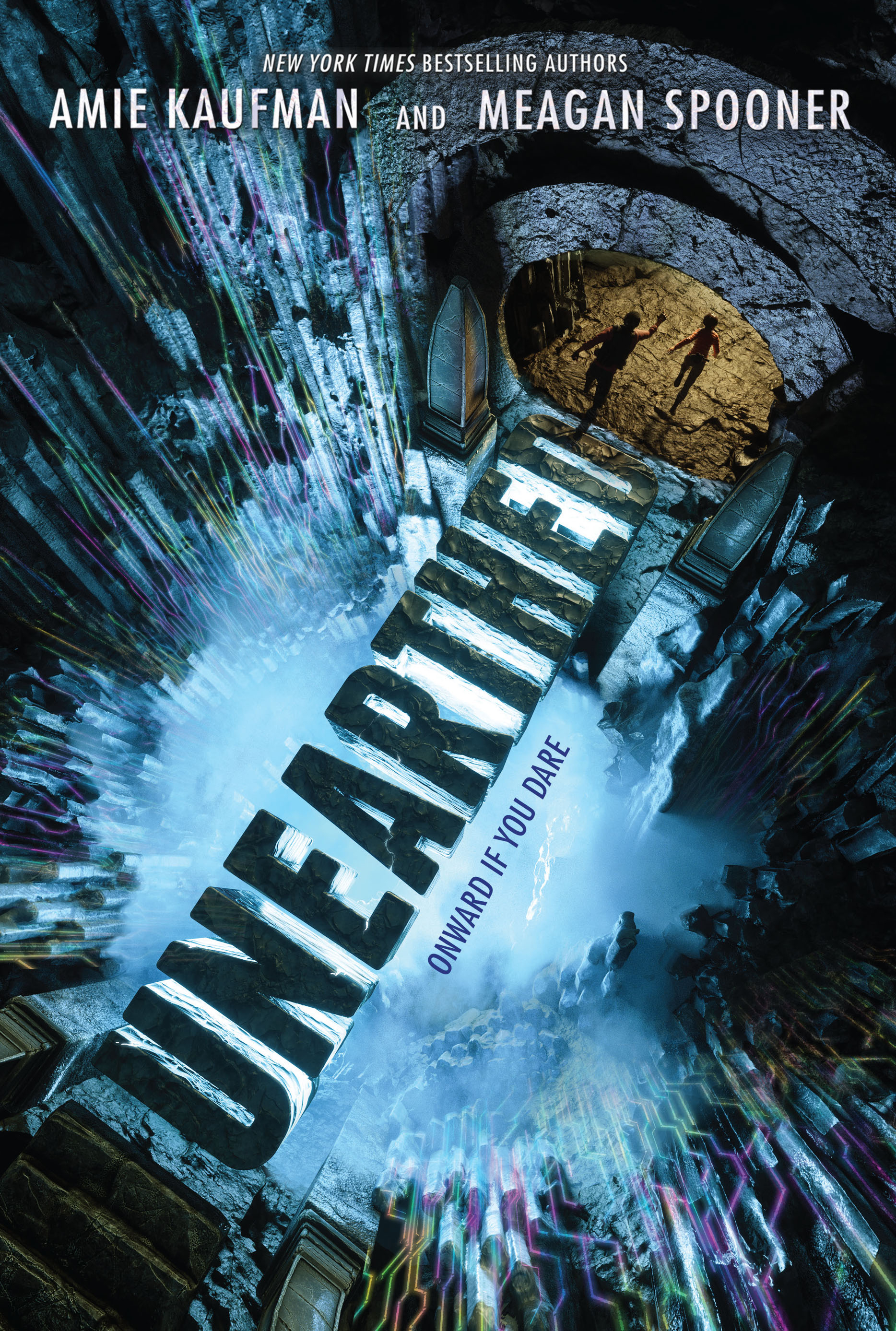 When Earth intercepts a message from a long-extinct alien race, it seems like the solution the planet has been waiting for. The Undying’s advanced technology has the potential to undo environmental damage and turn lives around, and Gaia, their former home planet, is a treasure trove waiting to be uncovered.

For Jules Addison and his fellow scholars, the discovery of an alien culture offers unprecedented opportunity for study… as long as scavengers like Amelia Radcliffe don’t loot everything first. Mia and Jules’ different reasons for smuggling themselves onto Gaia put them immediately at odds, but after escaping a dangerous confrontation with other scavvers, they form a fragile alliance.

In order to penetrate the Undying temple and reach the tech and information hidden within, the two must decode the ancient race’s secrets and survive their traps. But the more they learn about the Undying, the more their presence in the temple seems to be part of a grand design that could spell the end of the human race…

I’m a huge fan of sci-fi books and especially Amie Kaufman and Meagan Spooner, as I’ve read Illuminae – although written with a different co-author, Jay Kristoff – and from the Starbound trilogy, These Broken Stars and This Night So Dark. I enjoyed These Broken Stars, but it has been over two years, and obviously I didn’t feel compelled enough to read the other two in the trilogy. I did read the short prequel, and I enjoyed the characters, but it fell somewhat flat and I ultimately decided to read other books. That being said, I’m a huge fan of Illuminae and Gemina, so I was hoping for this book to decide my feelings about Amie Kaufman. I’ve come to the conclusion that I enjoy the way she handles the sci-fi genre immensely, but the characters can be hit or miss.

This book, to me, is simply entertaining. It has good potential and is already being turned into a film, which is not surprising. It was action-packed and did feel like a space adventure movie. I would be fine with a space adventure movie that lets me not get attached to the characters; it’s a movie – there’s no way we can see inside the characters’ minds and spend time with their thoughts. I would, however, expect it from a book when I read about 344 pages about these two characters. They just weren’t that captivating to me. However, the settings and the plot were incredible. I could not put this book down. If you’re looking for an action-based book to read in one sitting, I’d recommend this for sure.

I will say that it’s a success in terms of a co-authored book, because they write almost seamlessly, and I couldn’t tell who was writing whom. And one thing I did like about the characters was their dynamic with each other. From the first time they come across each other, they make split judgements, and over the course of the book, they develop and change their opinions. I wish their relationship with each other weren’t the main thing defining their characters, though. I enjoyed the fact that both our main characters were interested in the academic and strategic paths; it was interesting to see people who have an interest in space for the sake of understanding it approach these dangerous situations.

I enjoyed it, but it is definitely not my favorite sci-fi or even Amie Kaufman book. I would say that the writing has much improved from These Broken Stars, which I enjoyed but felt was a bit lacking in the worldbuilding. They made up for that in this. I would like to find some of the emotional attachment I felt for those characters in Unearthed‘s sequel. I would recommend this book to readers who enjoy sci-fi and fast-paced books, the likes of Warcross by Marie Lu or The Fifth Wave by Rick Yancey.

A copy of this book was provided by publisher Disney-Hyperion in exchange for an honest review.

Book Review: Under the Healing Sign by Nick O’Donohoe