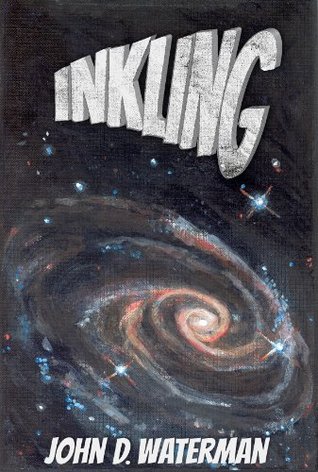 Gyro, pronounced like the first part of “gyroscope,” may seem to be aiming a bit low when he applies for a mining job with the Virtue Mining Corporation. After all, he has military experience and knows how to write computer programs. But he takes the job because he needs one badly and because he wants to get off his home planet where his ex-wife is making things difficult for him. So he joins up with VMC, befriends a hot-headed youngster named Skoots, and undergoes six weeks of training for a five-year tour of hard labor on the planet Joules, all the way across the galaxy.

You may be expecting this story to end up with a war against insectoid aliens laying claim to Joules, or maybe a desert-dwelling tribe of religious zealots who ride gigantic sand-worms. At the very least you’re expecting the story to be about what happens once Gyro, Skoots, and company arrive on Joules. The surprise is that they don’t even get to Joules until the end of the book. The real story is about how they get there.

There are several facets of the journey that make it interesting. First, there’s the way the miners are trained: how it psychologically prepares them for a hyperspace jump across the galaxy and the discipline and duty that holds them together (mostly) when everything goes wrong. Second, there’s the intriguing concept of the hyperspace jump: the weird, ten-dimensional math that governs it, the spooky precautions that have to be taken during it, and the disastrous problems that result when an unforeseen variable creeps in. The third facet is the role Gyro plays in saving the ship and most of the men on board: how, in the end, all depends on an overqualified miner who likes to play with computer code as a hobby. Between his refinements on an old, low-res computer game and an idea he had for a screen-saver lies a solution no one has thought of before – but if it doesn’t work, everyone on board the Virtue Star will starve, adrift in space.

It’s a lean, fast-paced book with some sharply defined characters, interesting social dynamics, fascinating science concepts, humor, suspense, irony, and now and then a burst of shocking violence. Underneath all the details, it’s a very simple story about a high-stakes engineering problem. I would have liked to see more development of Skoots’s and Gyro’s careers after (spoiler!) their arrival on Joules, building on what was started here – more of a sci-fi epic, maybe, with a series of engineering problems on an expanding scale and rising stakes. But in its straight-to-the-point way, this book is an appealing whole already.

John D. Waterman worked for 30 years in the aerospace industry. He drew on this experience to write the nonfiction book 48 Hours to Chaos: An Engineer Looks at Life and How the World Really Works. This is his first novel, which I read via a free Kindle download through the book review website NetGalley.