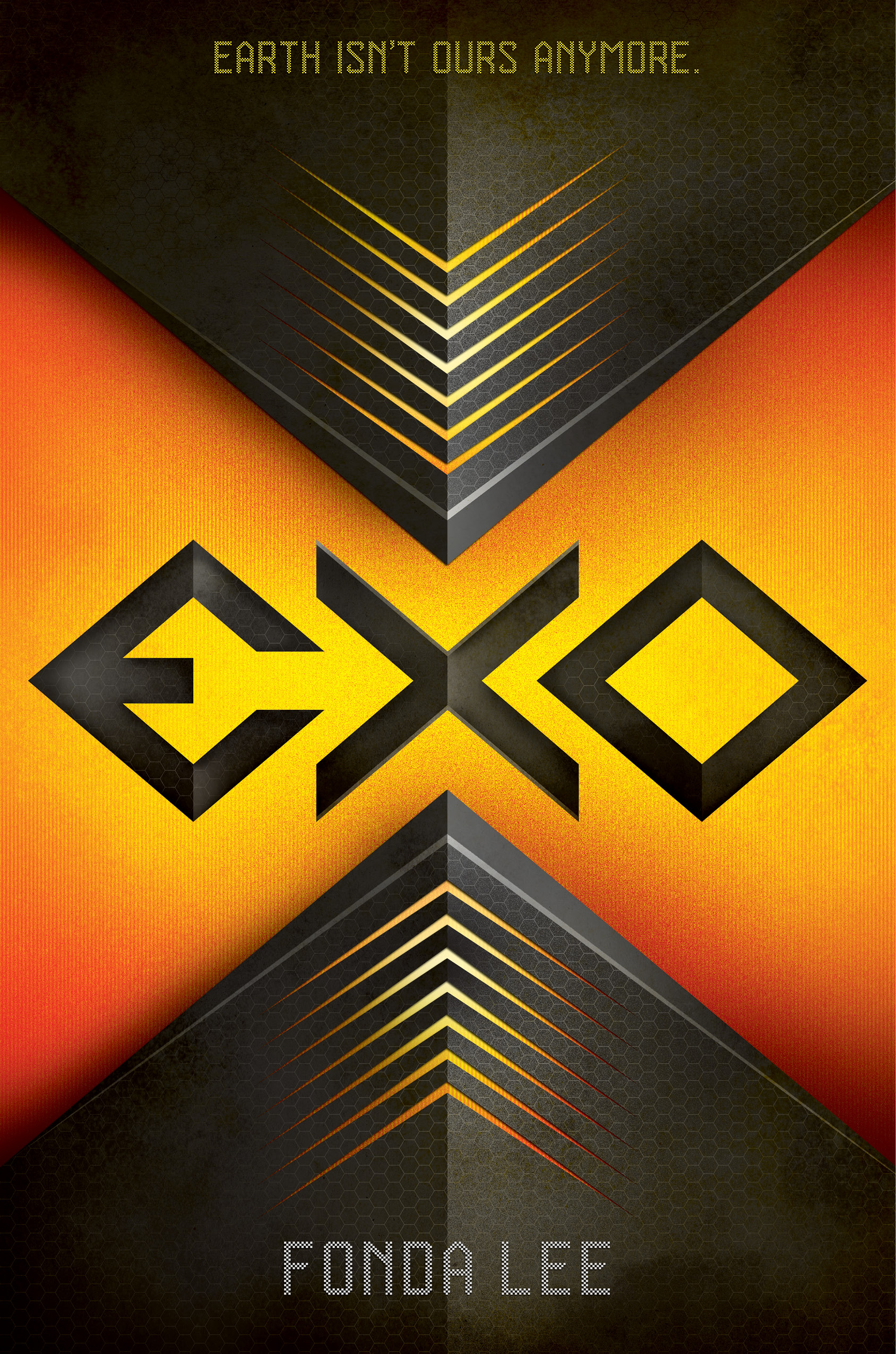 A century ago, the zhree landed on Earth to begin the colonization process. Though the alien race hoped to avoid bloodshed, communication barriers led to years of war with humankind before peace could finally be reached. With their superior technology and protective exocels, the zhree eventually prevailed. Now, a hundred years later, humans and zhree co-exist more or less peacefully, with willing humans incorporated into the zhree social structure – if not as equals, then still as valued members of society.

In return, the zhree have shared their advanced biotechnology with humans, so that they can go through the Hardening process to obtain exocels of their own. Donovan Reyes is one such “exo,” a soldier responsible for quelling outbreaks of the resistance group Sapience. When Donovan is captured by Sapience members, Earth’s fragile peace is threatened.

Fonda Lee’s Exo is the most enjoyable YA science fiction I’ve read in a while, in large part because of the way it subverts tropes of the genre. In spite of the aliens, the world of Exo isn’t that different from YA dystopias like The Hunger Games, where a populist rebellion is pitted against a more powerful and organized force. What’s different in Lee’s interpretation is that the “right” and “wrong” sides aren’t clearly defined, either for the characters or the reader. Donovan is convinced of the righteousness of zhree rule, even as Sapience rebels try to convince him otherwise. Sapience members are equally certain they’re right, and neither side can be convinced.

Lee’s innovations, coupled with expert pacing and readable prose, meant that I zoomed through Exo in just a few hours. The sequel, Cross Fire has just been released, and I can’t wait to find out what’s next.