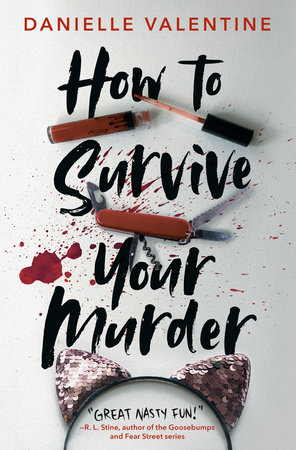 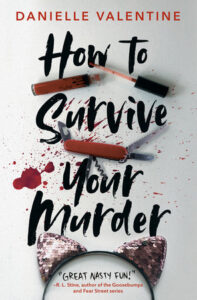 Horror author Danielle Valentine’s How to Survive Your Murder asks one question: What would happen if you lost someone you loved and had the chance to undo the loss?

As it unfolds in the author’s latest YA novel, the answer is not as simple as one might expect.

The story opens with a teenager trying her best to fit into the social pyramid of her high school. Alice is a loyal friend, a bright student, and most importantly, a horror film junkie. She and her friends spend hours analyzing everything from the gore and guts of The Texas Chainsaw Massacre to the racial inequities between murder victims in popular horror culture. And that is exactly what they are doing one fateful Halloween night when everything turns upside down.

Alice gets more than she bargains for when her reality turns into the fiction she has always loved. She witnesses the brutal murder of her sister Claire and classmate Sierra while another classmate barely makes it out alive. What follows is a winding tale of trauma and heartbreak. Her former friends don’t believe Alice is accusing the right man of the murder, her parents have divorced, and above all, she lives life without the sister she so desperately wants back.

But as Alice quickly learns, wishing someone back from the dead isn’t all it’s cracked up to be. A harsh fall in the bathroom, courtesy of a fun take on the guardian angel trope, whisks Alice back to the scene of the crime with one command: She has until midnight to find the true killer and save her sister’s life. If she does, life goes forward with her sister alive and the murders nothing but a bad nightmare. Easy enough, right? Not exactly.

The witty dialogue between Alice and the surrounding circle of side characters keeps the story marching along and impossible to put down. The references to popular culture (everything from the sisters blasting Taylor Swift to quoting CW shows) give the book a relatability and recency that draw the reader to picture themselves as Alice as she races against time.

But as great as the characters and their banter are, the real star of How to Survive Your Murder is the nuance of the message it conveys. This story is not just a fresh play on the horror trope; it’s also a warning tale against craving second chances and a brilliant display of the importance of helping those in need. And it’s a wonderfully written view into the mind of a teenager just trying to figure out the world around her. The heavy-handed messaging is balanced by the story’s humor and empathy, and before you know it, you’ve come to the end of the book with a plot twist that leaves your jaw hanging lower than it ever has before. Seriously, this book might have one of the most shocking killer unveilings of any in the genre.

Valentine’s latest book is a must-read for those who love a good scary story and for those wanting a fun read that still leaves them thinking long after they’ve put the book down.

Buy on Bookshop    Buy on Amazon