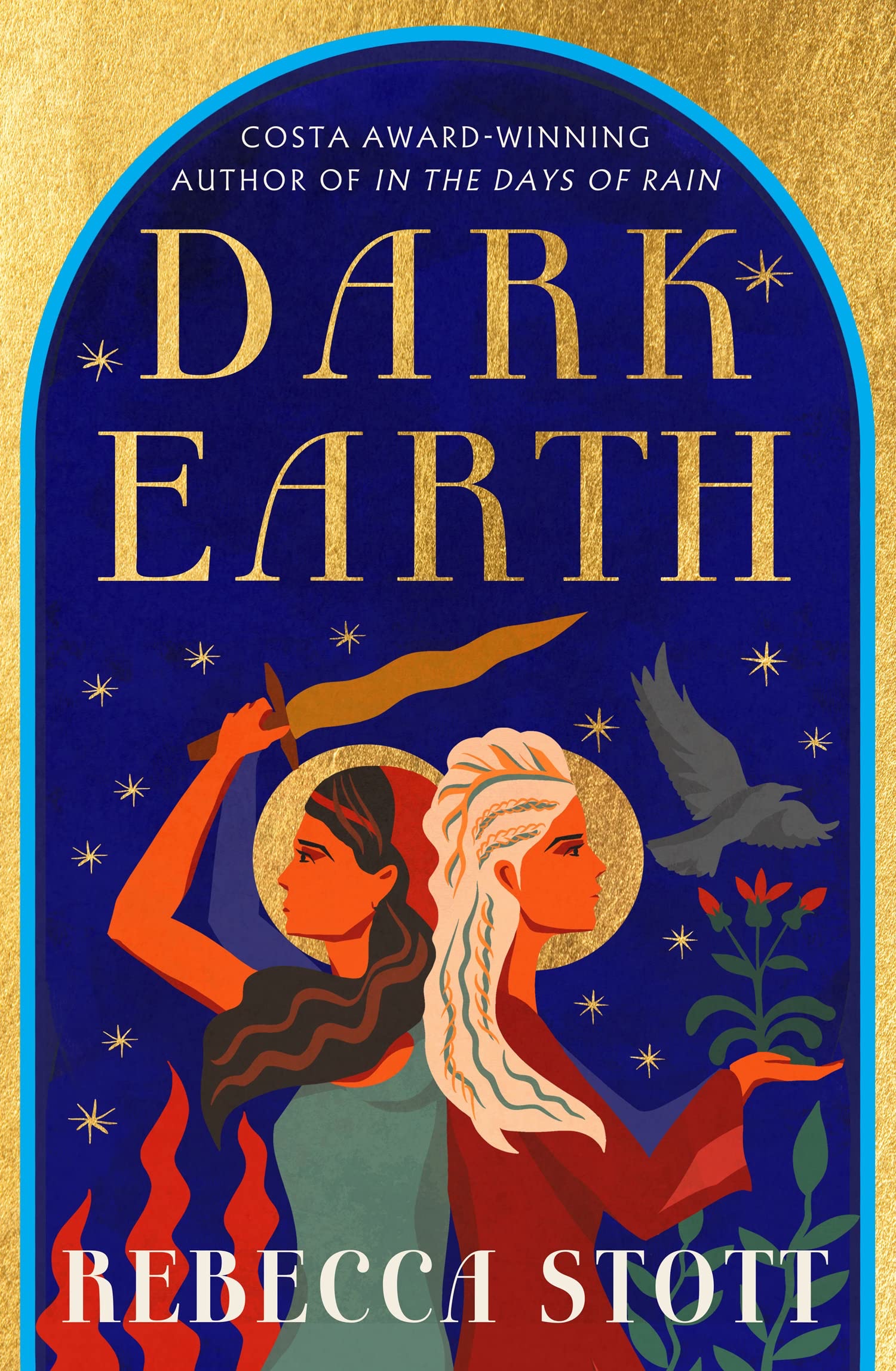 Dark Earth is a work of historical fiction about two sisters, Isla and Blue, beginning immediately following the discovery of their father’s death on the little island they were exiled to. Their father had been accused of witchcraft and forced to make what are called firetongued swords for the local warlord. After his death, the sisters are placed in a very dangerous position as women without men in their lives. They quickly determine that they are in even more danger from the warlord’s son, and they escape the island and the warlord’s castle to the Roman Ruins known as the Ghost City. Once there, they discover a group of women living and making a life for themselves among the ruins. While living and working with these women, they are forced to make a last stand to save their way of life and escape the warlord.

I had such high hopes for this book. The premise seemed like it would be filled with action and suspense. However, most of the book is told from Isla’s perspective, and while she is an interesting character, she seemed to worry a lot. From a historical perspective, this makes some sense. England after the time of the “Sun Kings” (which is what they call the Romans) was a dangerous place. By all historical accounts, there were many warring factions, and we are shown very small glimpses of them in the book. For example, there are a few mentions of a boy king called Arthur, and it is explained that the local warlord is believed to be a god-king trying to consolidate power from other nearby warlords.

But while these things are mentioned, we spend most of the book obsessing over Isla’s various worries. She worries whether she can protect Blue because she feels it is an obligation. It also seems extremely important to her that they receive what is called kin protection so that they can safely travel north. She seems to obsess over the thought that she is cursed and brings bad fortune from the gods. Her biggest fear is what will happen if they discover that Isla made the swords because her father wasn’t able to anymore. It is established women aren’t even supposed to enter a forge, let alone work one. Even when we reach the Ghost City, she only worries about whether she is bringing a curse with her and when they should leave so the other women will be safe.

Isla does fall in love with one of the women of the ruins, but even that never feels fully developed. They start with an obvious infatuation, and it just seems to jump to a full relationship with no real understanding of how it develops. We slowly get more backstory and development, but it is really slow, and even the threat of the warlord and his son seems a distant afterthought until almost the end of the book. The book is almost over before the warlord’s son becomes a threat again, and it felt like the thought process was “Oh, the book is almost over. I better wrap this up.”

If the point of the book is to show how easily a woman’s story can be lost to history, then it succeeds. The reality is many stories throughout history get lost to flashier legends, like those of Arthur. While it wasn’t the story I was expecting and felt slow to me personally, I did find that I wanted to see where the story was going and how they were going to resolve the threat of the warlord’s son.

While it wasn’t my favorite read, if you enjoy historical fiction that takes a different approach to storytelling, I do not feel like you will be disappointed by the story Rebecca Stott tells. It was also very refreshing to see a romance between two women, even if I would have liked to see it develop more fully. After reading this book, I feel that a tribe of women making their way in the world is an extremely likely situation in the aftermath of the Roman occupation.

Book Review: “Victory for the Vote: The Fight for Women’s Suffrage and the Century That Followed” by Doris Weatherford