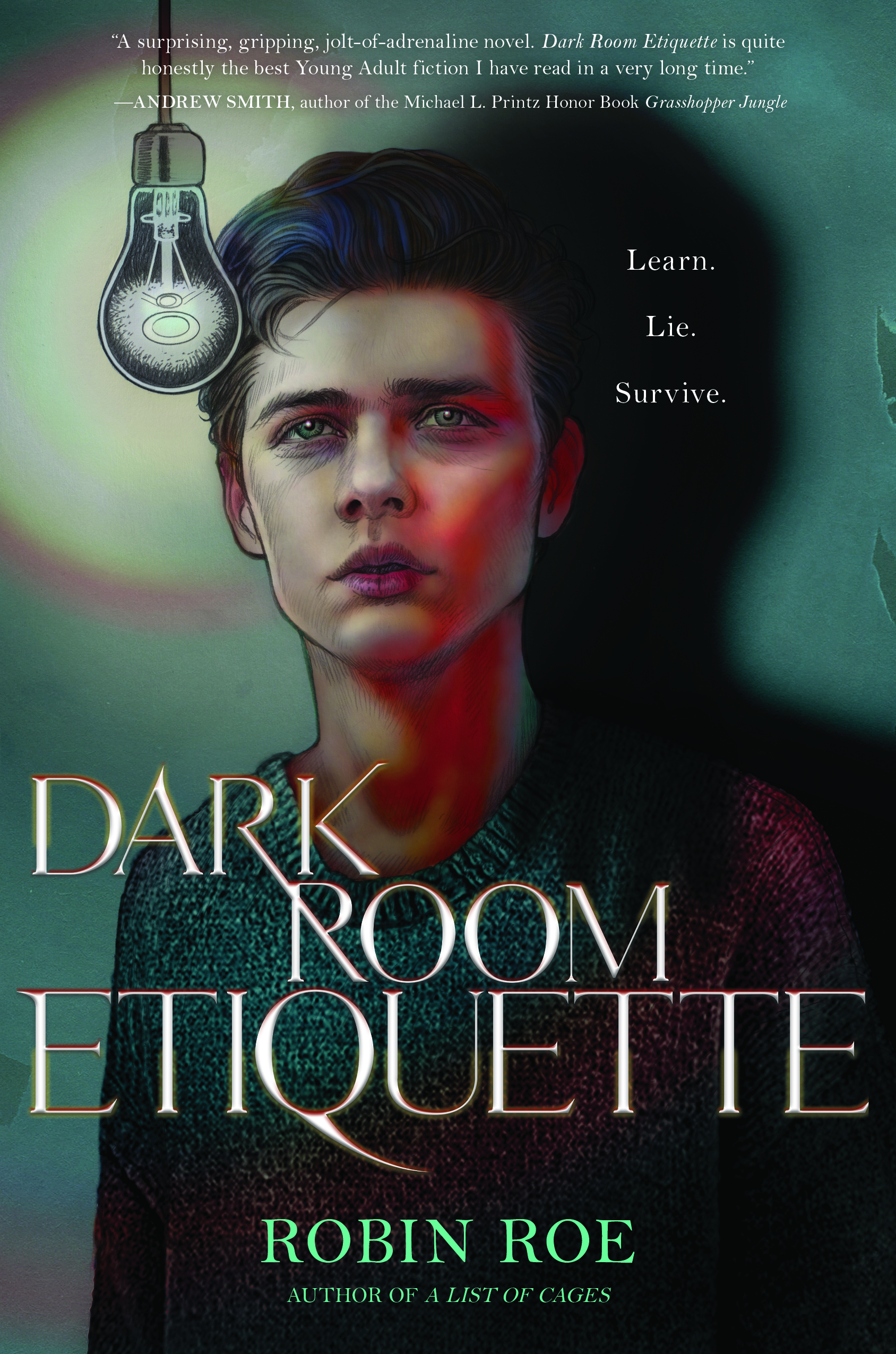 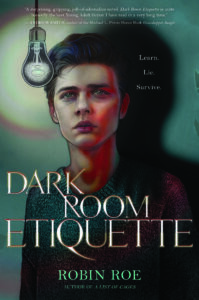 Dark Room Etiquette follows Sayers, a teenager who goes through an unimaginable experience and makes it out alive. As he tries to adapt to his situation, reality blurs and he struggles to determine who he is and what parts of his life weren’t real. He comes out the other side, but it isn’t without confusion, difficulty, and a new outlook on life.

This book was not at all what I expected. What began as a story about privilege turned into a journey of situational trauma and the lasting impact it has. Sayers comes from a family whose name is known by all. There’s a scene in which he’s pulled over for speeding, and as soon as the cop realizes who he is, he’s let go. It’s clear that he’s led a life that wants for little, so to see how he reacts to his kidnapping both makes sense and is alarming to a degree.

Roe does an amazing job of forcing the reader to be alongside Sayers in his torment in an incredibly visceral way. Like the teen, you don’t know how much time has passed or where you are, but as soon as those aspects are revealed, the confusion sets in. You go through several Christmases with the teen and his captor. All aspects point to years going by. When that illusion was shattered, I was just as disoriented as Sayers was.

Dark Room Etiquette does what many books about a kidnapping don’t. Typically, either you follow the individual through their kidnapping and imprisonment, with the story ending when they are freed by the authorities or some other type of event that works in their favor, or you follow them as they are freed and see how they put their life back together. Roe includes both, which makes her book what it is. As a reader, you aren’t left wondering what happened to them while they were captured or what their life was like after. It was a pleasant surprise that really drove home the impact a situation of that nature can have on a person.

This is easily one of the most poignant books I’ve read this year. From realizing the true nature of Sayers’s kidnapper to the sympathy you feel for the teen as he tries to return to a life that will never be the same, Roe does a fantastic job of ensuring the reader feels everything Sayers does. While I initially felt the story began slow, the pacing was perfect as the different stages of the novel played out.

There was a single throwaway line that I initially hoped would develop into something more. After finishing the book, I believe it would’ve taken away from Sayers and what he went through, so I’m glad it was just a simple line of dialogue.

I do feel it’s important to note this book has content that isn’t ideal for every reader. Panic attacks resulting from trauma, minor drug use, implied physical violence, and mentions of sexual assault are present throughout the story. They are discussed tastefully and in a manner that shows their severity in the context of the plot and are not used for shock value.

Dark Room Etiquette is an amazing read. Sayers is a compelling character who experiences something you wouldn’t wish on anyone. From the writing to the pacing, Roe has created a remarkable story that is gripping in just the right ways.

A copy of this book was provided by the publisher, HarperTeen, for review.