The Manual of Detection
by Jedediah Berry
Recommended Ages: 13+

Fantasy and hardboiled detective fiction have met before this novel—I cannot restrain myself from name-dropping The Yiddish Policemen’s Union by Michael Chabon—but I don’t think any mash-up of the two has ever been quite like this book, its author’s first novel. It takes place in an unnamed, rainy city where the boundary between dreams and reality have become blurred. Here the forces of order are represented by a towering Agency whose detectives, clerks, and other operatives, work within the lines of strict policies. After years of successful crime-solving, hardly anything remains of the Agency’s nemesis—a traveling carnival that came to town and never left again, and whose troupe included the villain in some of the Agency’s greatest cases. Cases like the Three Deaths of a certain colonel, and the disappearance of the Oldest Murdered Man, and (perhaps most spectacular of all) the Man Who Stole November 12. For Agency clerk Charles Unwin, these cases represent a life’s work of summarizing, transcribing, and winnowing out irrelevant details in the reports of the great Detective Sivart, who solved them. But now Sivart has disappeared, and Unwin finds himself Peter Principled to the rank of detective.

The only mystery he really wants to solve is why Sivart left and how to get him to come back, so Unwin can resume his clerkly duties. But just as he begins, he gets caught up in a tangle of new mysteries and old solutions that turn out to be wrong. First there’s the question of what a watcher does, and what Unwin’s watcher means by showing up dead for their first meeting. Then there’s the question of what all the villains from Sivart’s best cases are doing in town, or planning to do. Unwin’s fellow detectives are investigating him, while an army of sleepwalkers roams the city stealing alarm clocks, and everybody seems to have secrets hidden within enigmas. It’s all very trying for a man whose skill set tops out at riding a bicycle while carrying an umbrella—a man whose trilby hat gets no respect, whose socks are never dry, whose assistant sleeps on the job, and who only knows as much about being a detective as he has read in the Agency’s Manual of Detection. And that becomes even less encouraging once Unwin learns that a whole chapter is missing from the book.

Unwin’s Manual of Detection is a key to the structure of this book. It turns out to involve a lot more than searching for evidence and interrogating suspects. Exactly how much more, is what makes this book a fantasy novel. Unwin moves within a strange world, a world of dreamlike surrealism, a world in which the line between waking and sleeping becomes a battle line between forces of order and chaos. His Agency has not one but three archives, each more bizarre than the next. His allies and adversaries are somehow out of order, each in his or her own special way. And his search for clues, while evading pursuit as a suspect in the very crimes he is investigating, lead him ever deeper into basic questions of existence and consciousness—questions both Unwin and the reader are still working on even after the crime is solved.

I picked up an audio edition of this book on a whim, when I needed to plug a hole left by a book missing from a series I was listening to. It was an instance of serendipity. I giggled manically at many of the absurd situations Unwin went through. I took pleasure in the way author Berry perfectly captured the existential tone of hardboiled crime fiction. I delighted in his treatment of recurring themes (like the dampness of Unwin’s socks), his vivid depiction of strange and fabulous scenes, the distinctive voices of his characters (aided by the vocal talents of Pete Larkin), and the delicate balance between the unashamed daftness and sympathetic seriousness with which he treats everyone and everything in the book. You find yourself questioning the reality of Unwin’s flawed and troubled world, not because Mr. Berry has failed to convince us, but because he has succeeded. It will be interesting to see what else he does with his peculiar talent and tastes. So far, the only book he has published since this is a novella titled A Window or a Small Box. 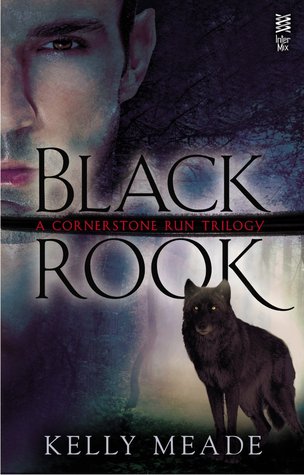