The Fate of the Tearling, the final volume in Erika Johansen’s Tearling trilogy, is finally being published this week. In anticipation of the novel’s release, Erika was kind enough to answer a few questions for her fans at MuggleNet!

Please note that while there are no spoilers about what actually happens in the book, there is brief discussion of the ending’s tone – if you want to read The Fate of the Tearling completely blind, hold off on reading the interview until after you’re done.

It’s a relief. Ending this trilogy was like juggling with a chainsaw and waiting for it to drop on my head. We went through endless drafts, and I had to ask for extra time from my publishers.

What was your favorite part about writing The Fate of the Tearling? What was the most difficult?

My favorite part was writing about William Tear’s town. I have a great interest in the many societies founded on utopian ideals throughout history, but I have my own ideas about what makes them fail. Humanity has a terrible tendency to decide that what’s now is forever and to forget the ugliness of the past. But it’s precisely attention to that ugliness, and vigilance against its recurrence, that keeps it at bay. Whenever I hear someone say, for example, that America has “moved beyond racism,” I want to whack him over the head with a history book! Even if America had moved beyond racism – spoiler: we haven’t – it’s precisely that moment that is most dangerous to everything that’s been achieved. Forgetting the past is the worst thing well-meaning people can do.

In a way that is as spoiler-free as possible, can you tell how long you have known that The Fate of the Tearling would end the way that it did? Did you know from the beginning, or was it something that came to you over time? Are you interested to see what your fans make of it?

I always knew it wouldn’t be an entirely happy ending, because that’s not really what Kelsea’s all about. But I had envisioned a different bittersweet conclusion until right about the time I started the third book, when I realized it didn’t fit. I hope fans of the series like the ending – it feels right to me – but I’m well-aware that it’s impossible to please everyone.

What will you miss most about writing Kelsea and the other characters from the trilogy?

Discussions between Kelsea and Mace. Their conversations were always the most effortless thing about writing these books. I never had to agonize over their relationship and how to frame it. It grew quite organically, and I loved their private moments best of all.

When the series was first announced, it was widely reported that you were partly inspired by a speech Barack Obama gave in 2007, the year before he was elected President. Almost ten years later, the world seems to be in a much darker place, and the recent election results stand in stark contrast to the hope and optimism many of us felt in 2008.

Kelsea is an optimist. The series is a hopeful one, though tempered by a lot of darkness – a lot of the same kind of darkness and hate your readers are facing in the world today. How do you see the trilogy positioned in the current political climate, as opposed to the one it originated in? What do you hope your readers can carry forward from it as we face the darkness of our own world?

Wide reporting always gets garbled. It wasn’t a speech; I saw then-Senator Obama on The Daily Show, and I think I fell in political love. I will miss having him and his family in the White House, particularly in comparison to what’s coming down the pike. My country has truly shocked me; I knew we had bigots, misogynists, and zealots in America, but I never knew how many of them there were, or how many comfortable people couldn’t be bothered to vote to protect the rights of others. The world is suddenly very dark for me, and I think I begin to understand, in more than empathy, how Kelsea must feel. I wish that I, or my books, had answers to offer. The only glimmer I have is also Kelsea’s attitude: what can you do but get angry, and keep fighting?

Have there been any developments on the movie adaptation of the first book?

None that I know of, but I’m always the last to know about all things Hollywood. I know there’s a script.

We know you’re a J.K. Rowling fan – have you had a chance to see Fantastic Beasts and Where to Find Them? If so, what did you think?

Are you working on a new project – or do you have an idea of what you might like to write next?

There are several Tearling characters who have more story to tell. I’ll be focusing on them for the next few years.

That’s certainly an exciting note to end our interview on! We know many fans will be delighted that they don’t have to leave the Tearling behind just yet. Thanks so much to Erika for taking the time to speak with us, and keep an eye out for our review of the final installment! 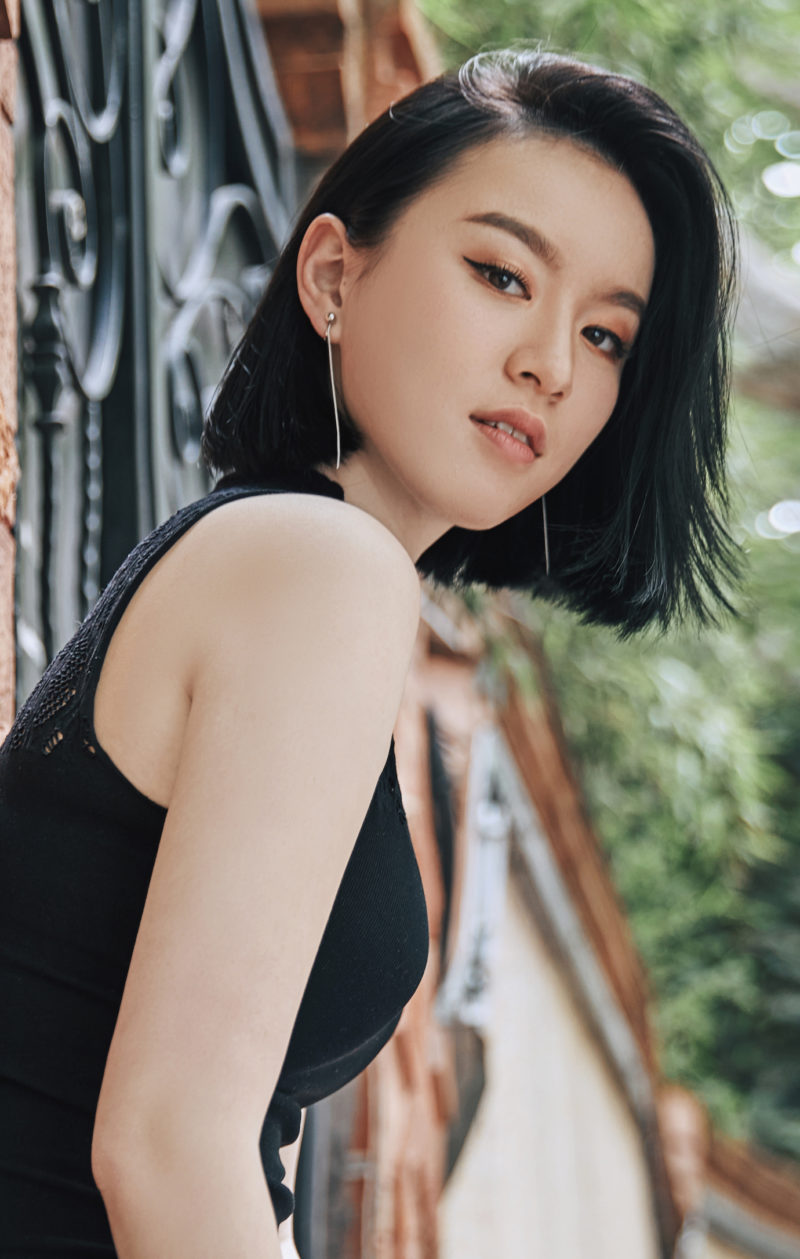