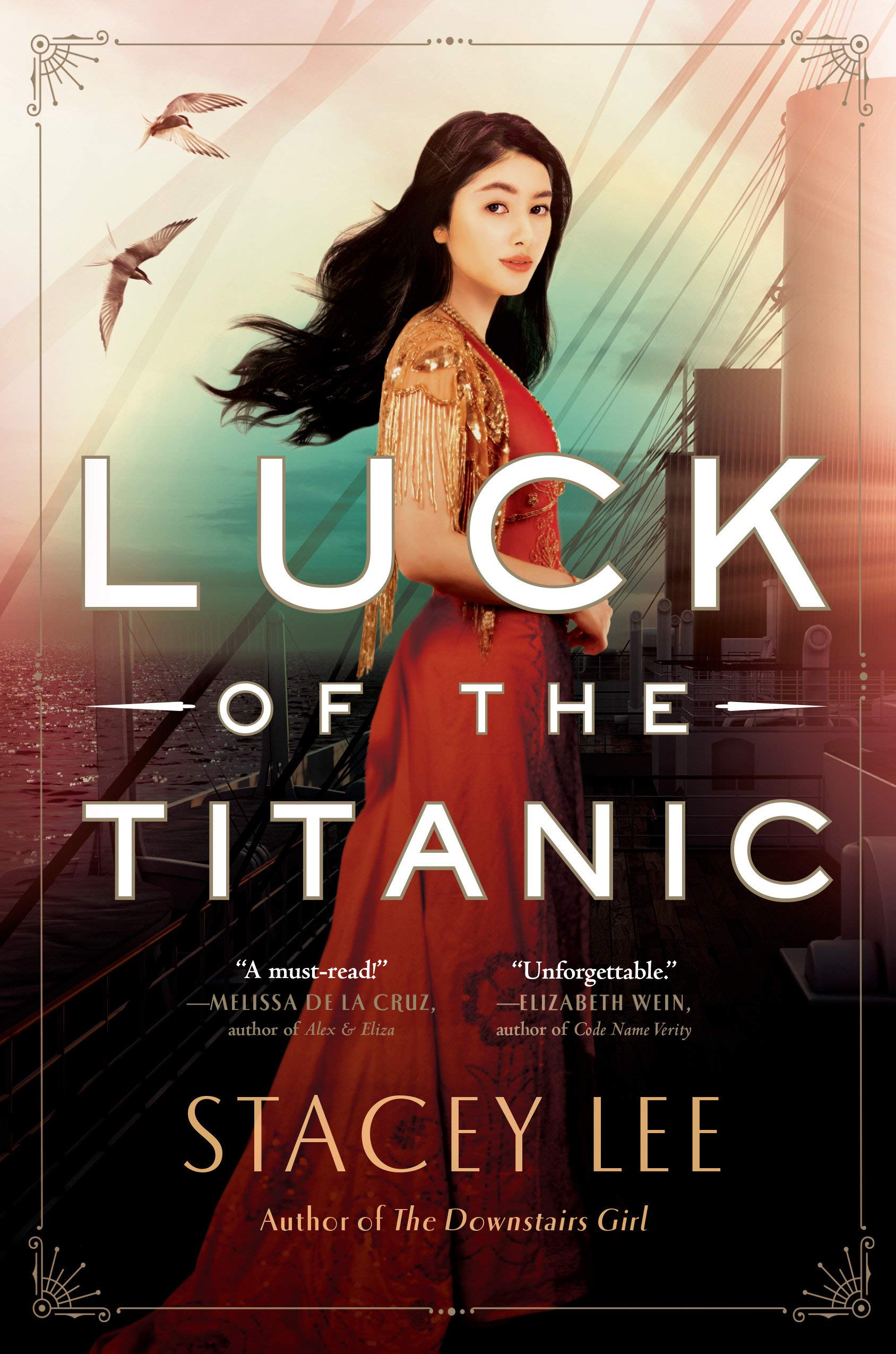 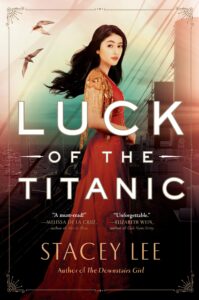 Valora Luck hasn’t seen her twin brother, Jaime, in years, but now that their father has died, she’s determined to reunite with him and start a new life. When she learns he’s going to be traveling on the luxury ocean liner Titanic, Valora knows she has to get aboard – even after the wealthy woman she was meant to be traveling with passes away, and even after she’s told that, because of the Chinese Exclusion Act, Valora won’t be permitted to use her ticket to board. But Valora’s not a trained acrobat for nothing, and she manages to stow away aboard the ship.

As a stowaway, Valora takes some big risks: impersonating her deceased mistress, slipping between her state room in first class and her brother’s quarters in steerage, and slyly putting a plan in place to convince a prominent circus owner to hire her – his sponsorship is the only way she can legally enter America. But even though she’s found Jamie, things aren’t going to plan. He doesn’t want to return to their life of high-flying antics, and she doesn’t think she can convince the circus owner of her value as a solo performer. She has – she thinks – the length of their voyage to New York to change Jaime’s mind, and we spend much of the novel getting to know both Jaime’s companions, a rag-tag and endearing band of Chinese laborers, and Valora’s fellow passengers in first class, one or two of whom are in on her secret.

Of course, when reading about the Titanic, we know that nothing is going to work out the way the characters hope or expect. Like many who were small children when James Cameron’s 1997 film took the world by storm, I’ve always enjoyed books about the infamous shipwreck (now that I see how weird that looks when I type it out, maybe I need to do a little self-examination…). Stacey Lee’s is one of the best that I’ve encountered, not least of all because her narrative disrupts the frequent focus on white immigrants in third class to elucidate the often-overlooked history of the Titanic’s eight Chinese passengers. Although Lee’s novel is not biographical, her story does a good job of conjuring what the journey might have been like for these men. Lee pairs this storyline with engrossing accounts of Valora’s deceptions in first class; I especially enjoyed reading about the elaborate fashions she ends up modeling for a sympathetic aspiring designer.

Now, as I said, we know books on this subject aren’t going to end up happily. Knowing that still didn’t prepare me for the ending of this book, which is – fair warning – a real punch to the heart. I don’t want to spoil it for other readers, so I’ll just say that it effectively brings home both the tragedy of life lost and the cruelty of the Chinese Exclusion Act. To be honest, it was a little hard to read in a time when the future already seems so bleak, between climate change, the pandemic, and ongoing refugee crises around the world. But given the United States’s ongoing determination to turn away migrants and refugees, often cruelly, maybe it’s good to remember that our country has a long history of policing its borders. Prepare your heart, but do give this one a read.